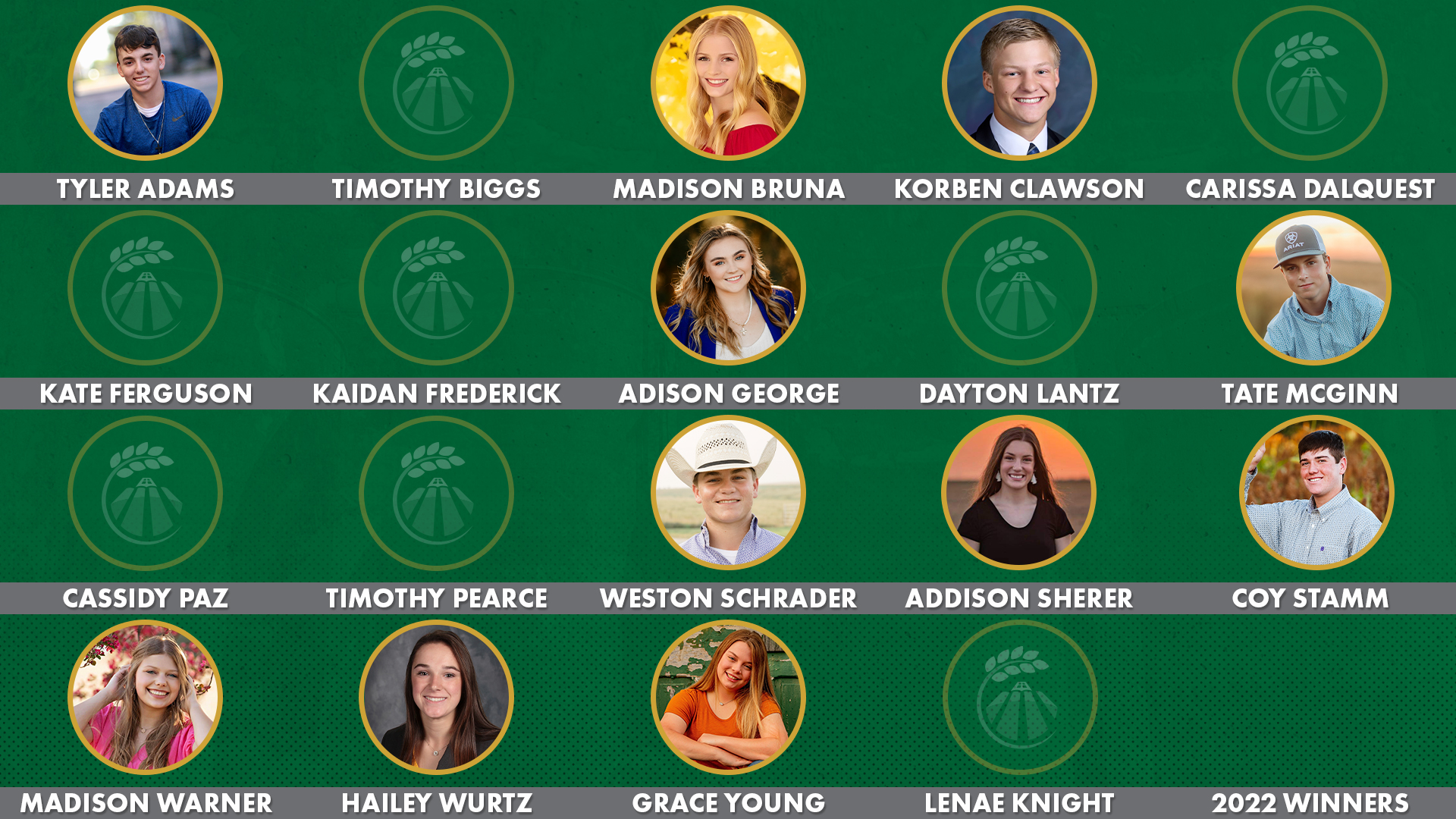 03 May Grain industry awards nearly $30,000 in scholarships to Kansas students

To assist in combatting the rising cost of higher education, Kansas Grain and Feed Association’s (KGFA) scholarship program increased its total amount of annual financial aid by $2,000 and awarded nearly $30,000 in total to 19 of the state’s graduating high school seniors for the 2022-23 academic year.  The scholarship committee, comprised of KGFA’s membership, received more than 150 applications and granted the 19 awards based on equitable geographic locations throughout the state. “Our board of directors and scholarship committee understand the importance of introducing the next generation to our industry and association as early as possible,” KGFA’s... 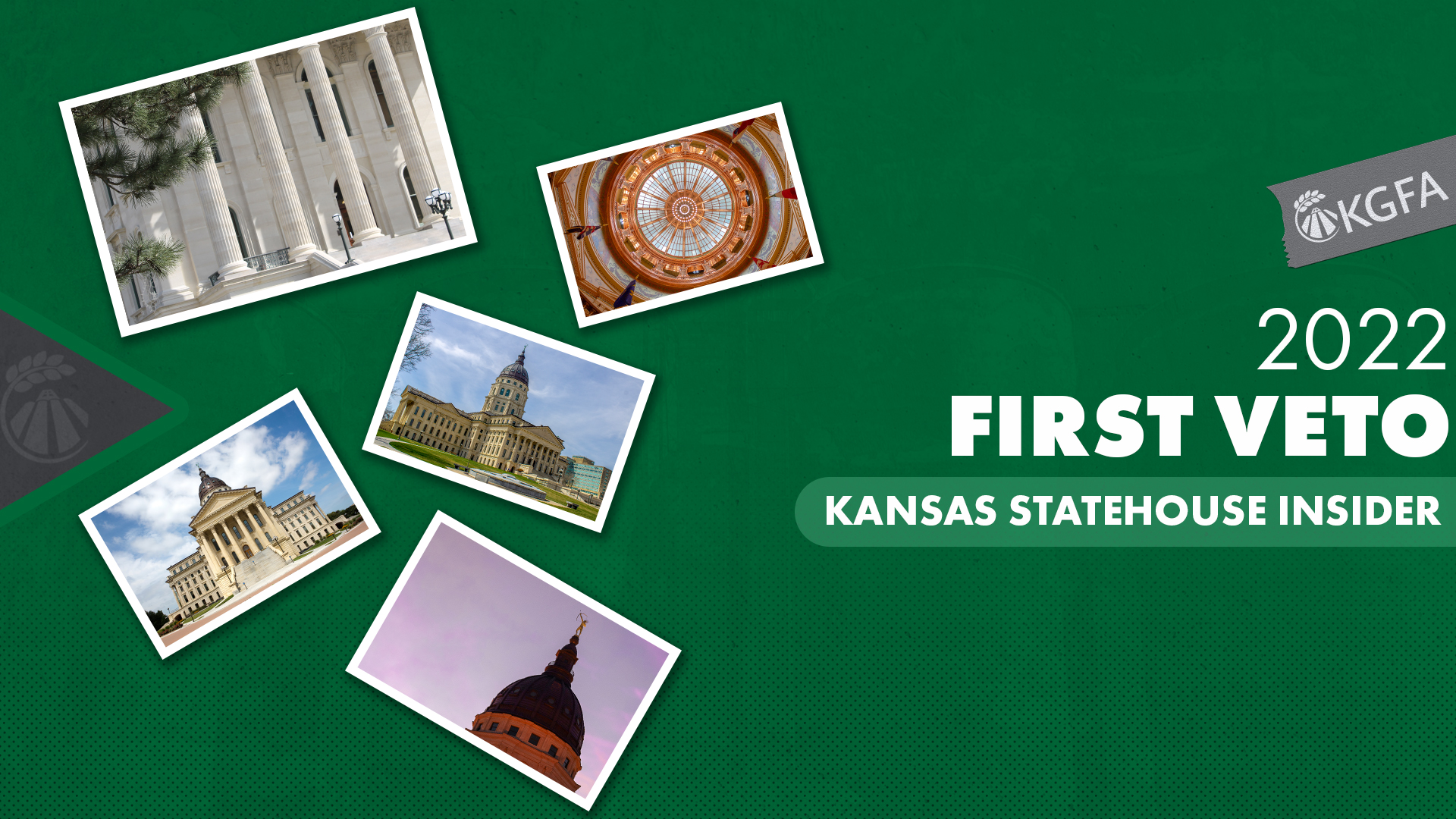 2022 Legislative Session, Veto Session The 2022 Kansas Legislature returned on Monday, April 25 to begin its Veto Session. Legislators continued work on unfinished legislation and took action to attempt to override vetoes of various bills by Governor Laura Kelly. The legislature finished its work late on Thursday, with the Senate finally adjourning around 2:20 am early Friday morning. The Legislature passed a resolution to adjourn until May 23, 2022, at which time it will return and take any action necessary to pass a new Congressional redistricting map following a review by the Kansas Supreme Court of the map adopted... 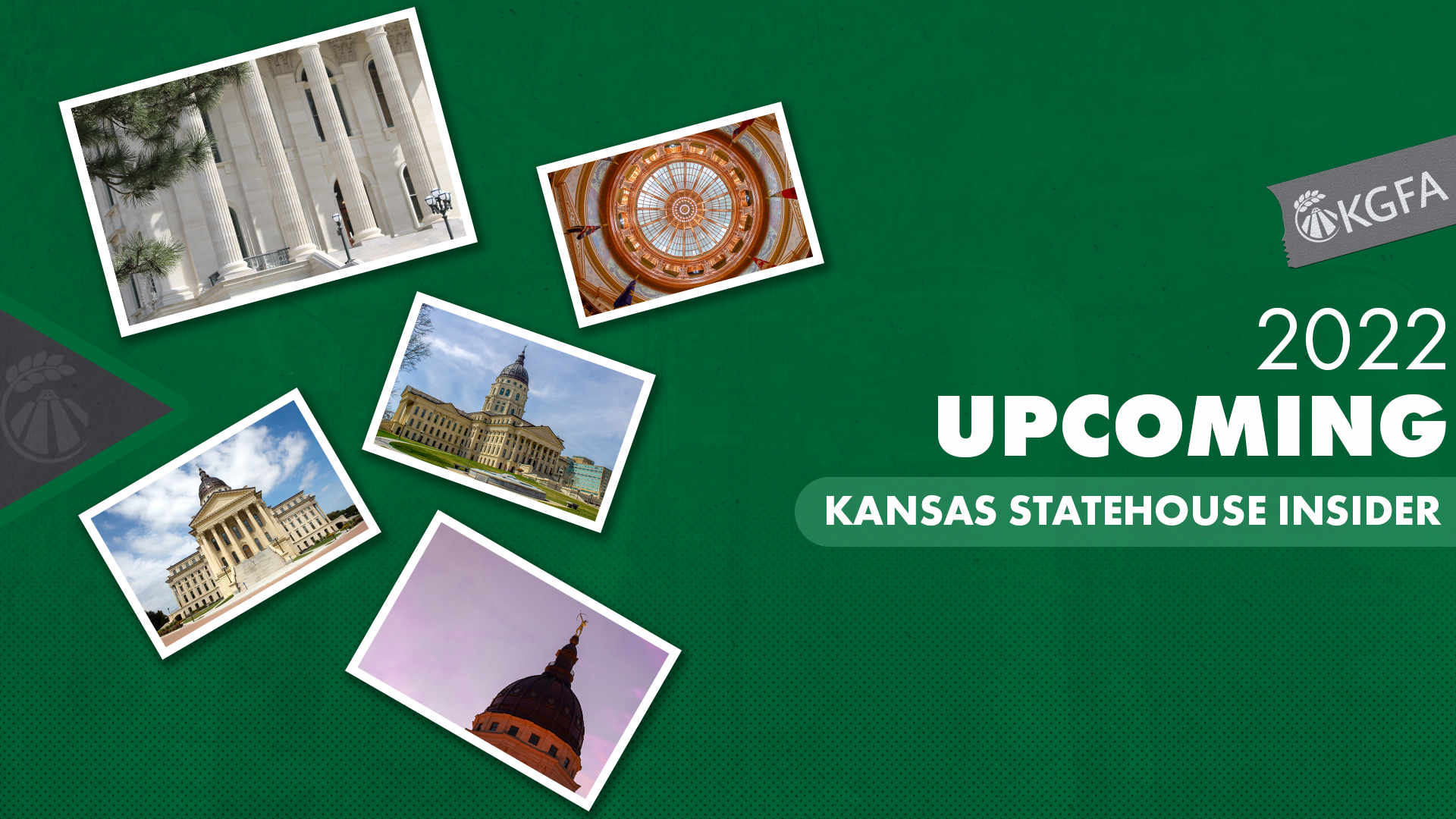 2022 Legislative Session, First Adjournment Update The 2022 Kansas legislature will return on Monday, April 25 to begin the Veto Session where it will continue work on unfinished legislation and reconsider bills vetoed by Governor Laura Kelly. Please find, below, an update on bills reviewed by the Governor during the interim, and legislation yet to be completed this year. State Budget Governor Kelly has signed House Sub for Senate Bill 267, the budget for state agencies for fiscal years 2022, 2023, and 2024. The bill leaves an ending balance projection of $1.4 billion in fiscal year 2022, and $895... 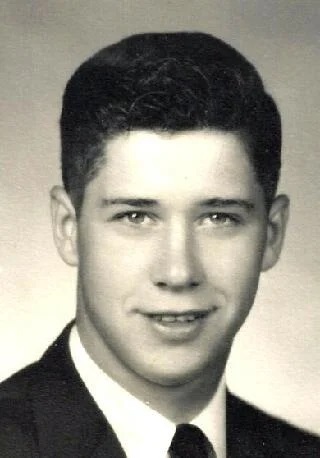 Edwin Dennis Ford, 84, of Wathena, Kansas, passed away on Wednesday, April 20, 2022, at his home. Ford served on Kansas Grain and Feed Association's board of directors from 1989-1998. Dennis began working at Bendena Grain Company in the early 1960's, moving to Wathena a few years later to manage Wathena Grain Company, while also farming part-time. He and his wife, Carolyn, made their home in Wathena for over a half century, where he served his community as a member of the City Council in 1971-75, serving as president of the Council in 1973-1975. Although he preferred to farm over... 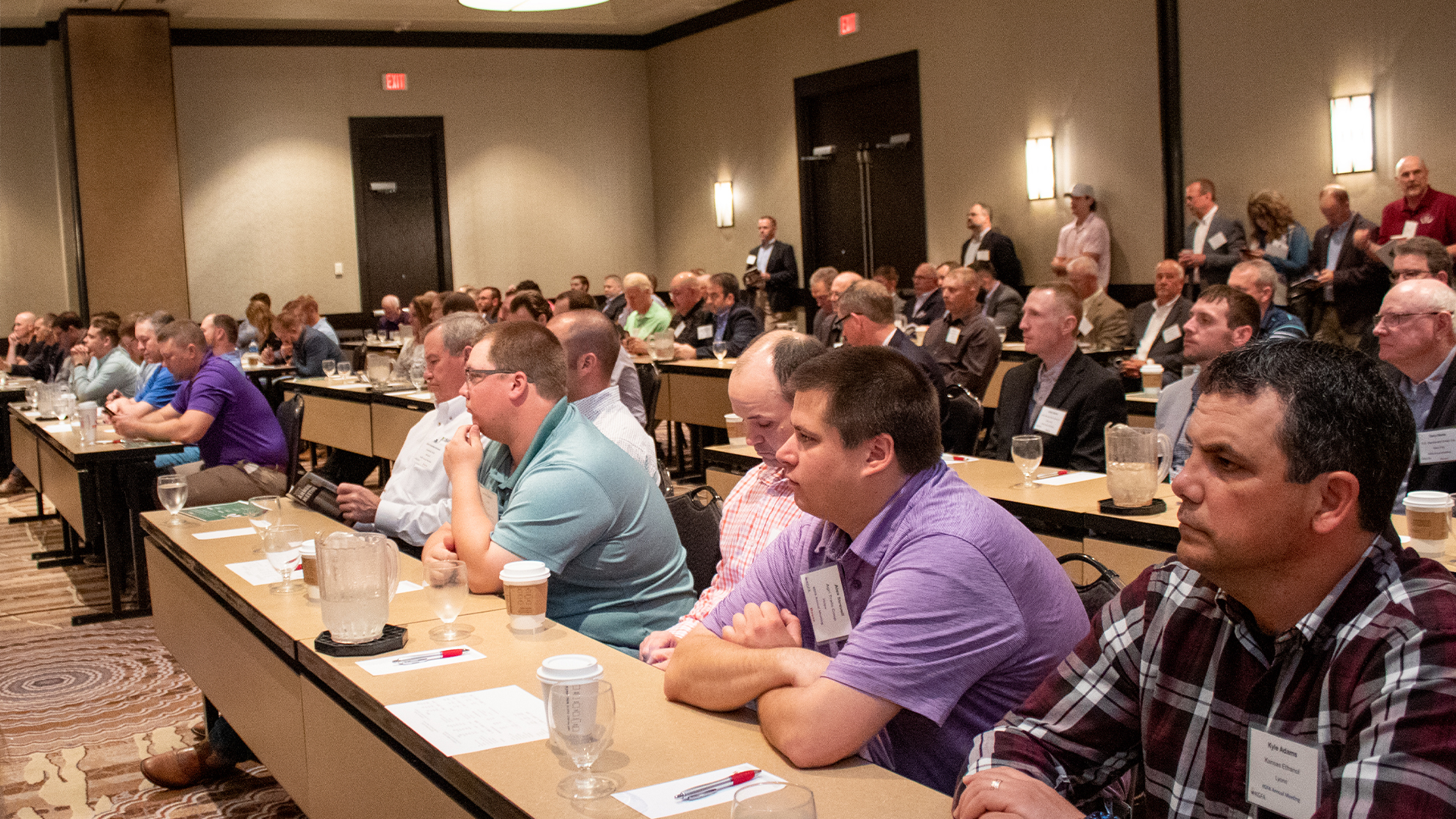 Highlighted by hours of networking, valuable speakers and a windy afternoon on the golf course, Kansas Grain and Feed Association (KGFA) celebrated its 126th annual meeting April 11 – 12, 2022 in Wichita. The annual event attracted nearly 150 of KGFA’s active capacity and associate members in 2022 to learn from Kansas’ Fourth District Congressman Ron Estes and Federal Reserve Bank of Kansas City Senior Economist Dr. Cortney Cowley. “We were fortunate to book such timely, knowledgeable speakers to address our members this year,” KGFA President and CEO Ron Seeber said. “Congressman Estes and Dr. Cowley did a wonderful job of... 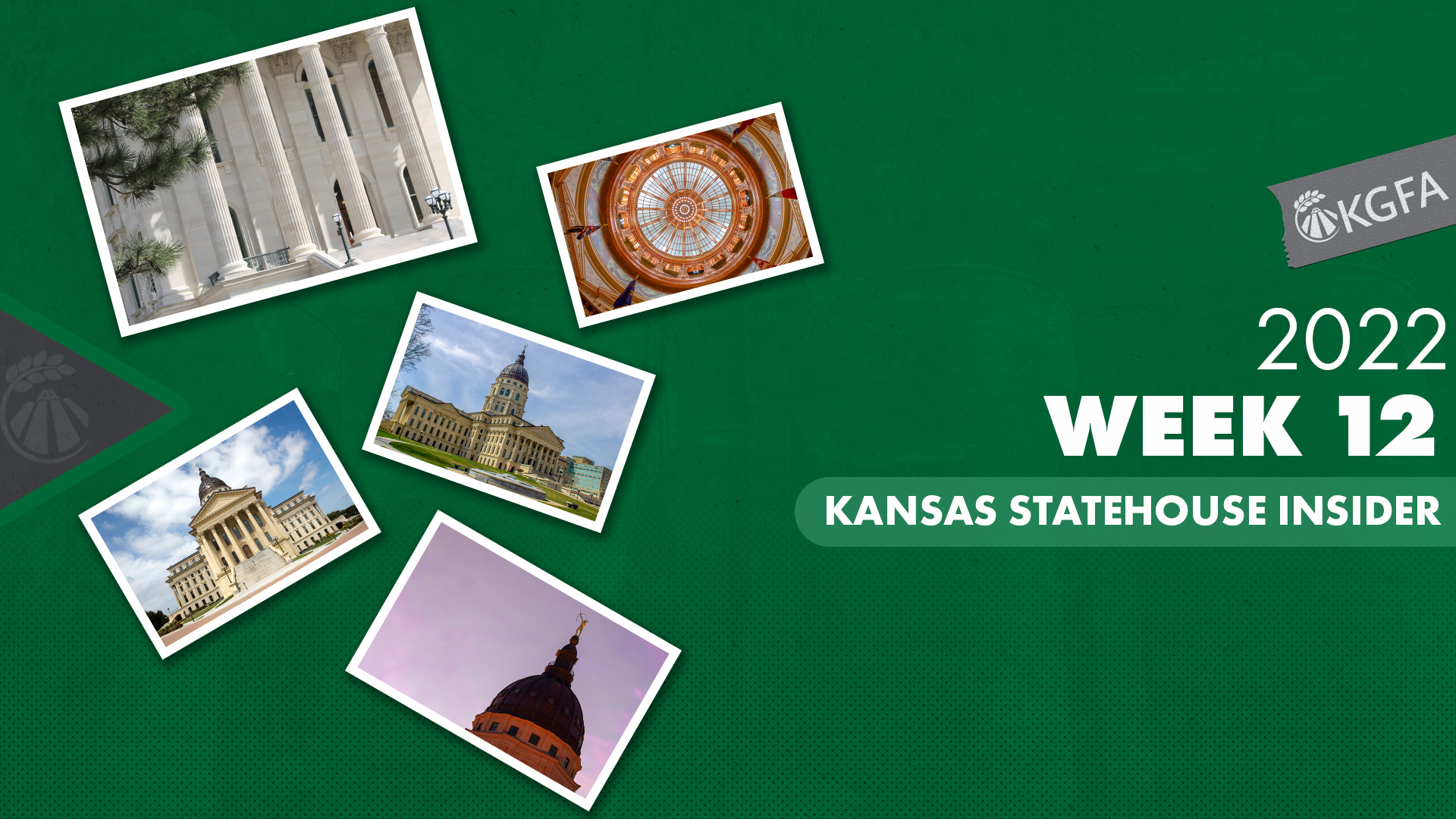 2022 Legislative Session, Week 12 Last week was the final week of regular session for the 2022 Kansas legislature. Both chambers deliberated for hours, with final action on Friday concluding about 1:30 am. Legislators will take off most of the month of April before returning on Monday, April 25 for a, likely brief, veto session to consider bills vetoed by Governor Laura Kelly. In addition, multiple bills of significant interest that failed to be passed Friday evening could still be addressed during the veto session. State Budget Passed The House and Senate agreed on a budget for state agencies in House... 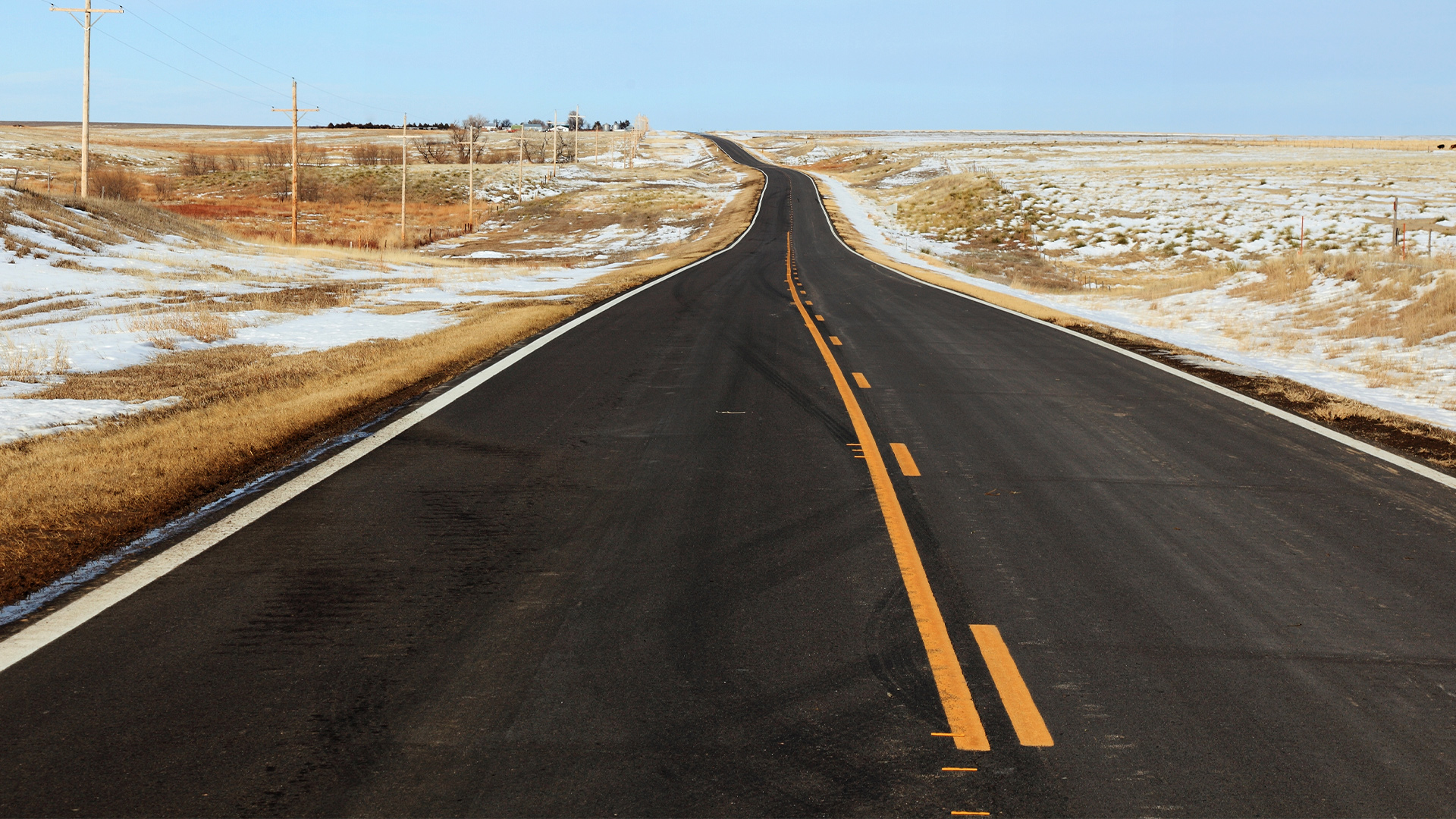 KDOT’s strategy for pursuing competitive grants under the Bipartisan Infrastructure Law (BIL) isfocused on maximizing Kansas’ likelihood of success. About 40% of BIL funding will be through competitive grants. U.S. DOT has indicated grant applications which benefit multiple communities/states and those that connect and build toward long-term priorities across the state will be the most competitive. With this in mind, KDOT’s strategy for pursuing and supporting federal BIL grants for highway modernization and expansion projects is focused projects in the development/construction pipeline. KDOT will support highway modernization and expansion projects in the IKE... 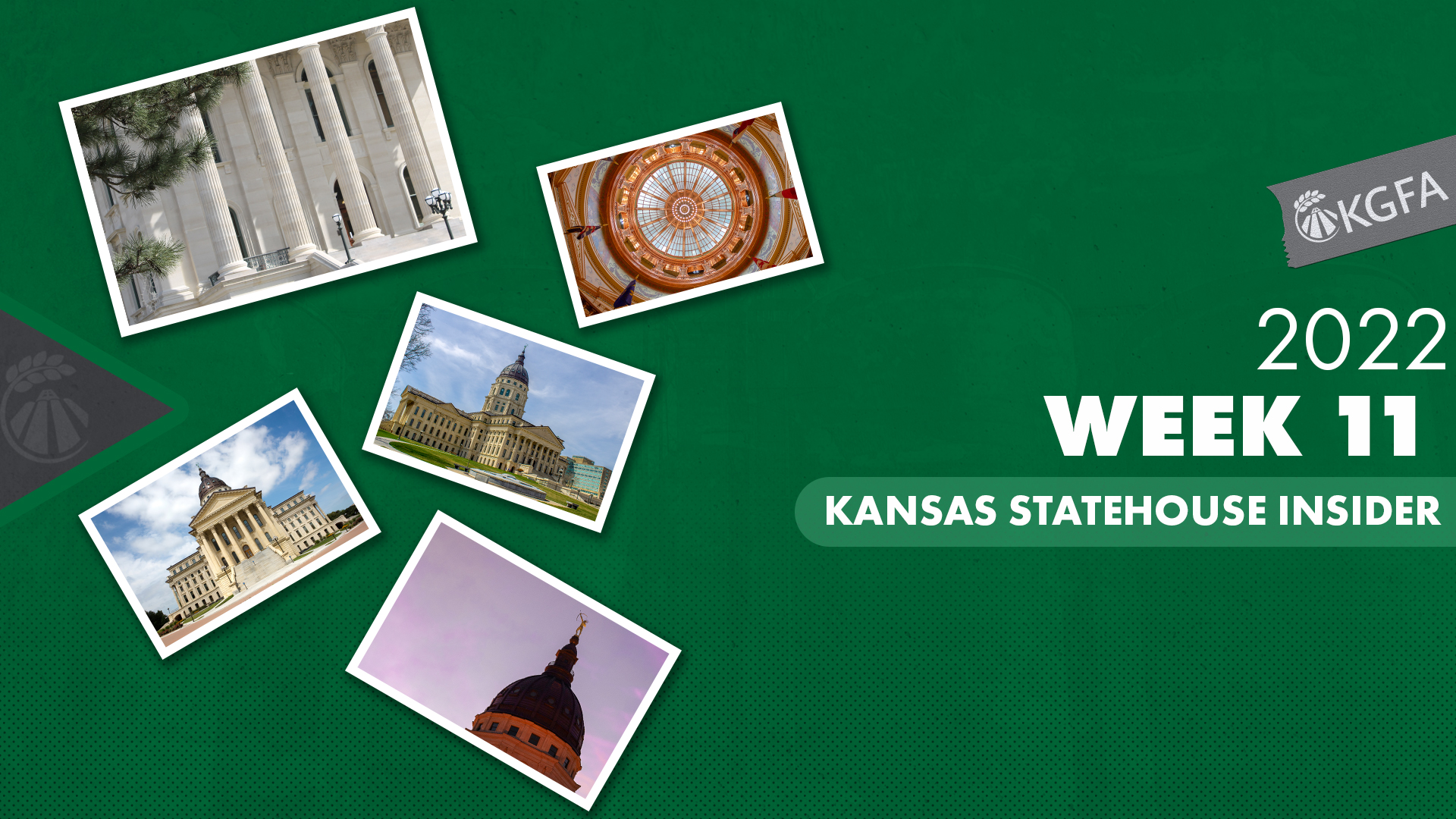 2022 Legislative Session, Week 11 This week was Drop Dead week for the Kansas legislature, where any non-exempt bill not passed both chambers may be dead unless it is referred to a conference committee which meets next week to work out differences in bills. Both the House and Senate debated and passed numerous bills this week, with the Senate, on Wednesday, working until close to 2:00 am. The House passed its budget bill and overwhelmingly approved Sub HB 2737 which will draw new House district lines for the next 10 years. Legislators will return on Monday, March 28 for one final... 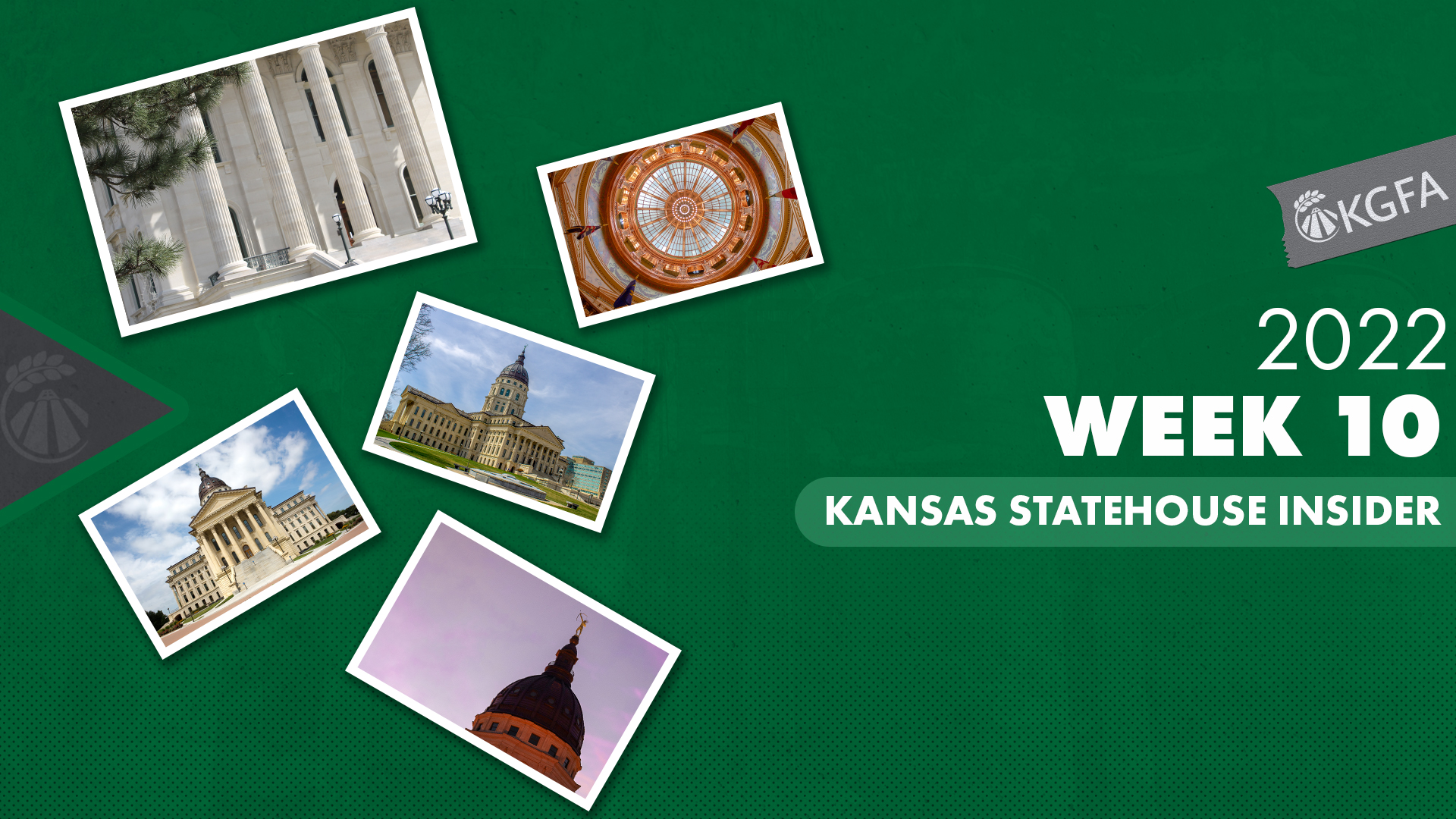 2022 Legislative Session, Week 10 The Kansas legislature’s final day for non-exempt committees to meet passed without much fanfare on Friday, March 18. As a rain and snow mixture fell on Topeka Friday, a few lawmakers navigated the statehouse hallways, while the majority of legislators returned home to gear up for a week of late-night floor debate on big-ticket issues as time winds down on the 2022 session. This week the Senate passed two high-priority pieces of legislation to the House: the 2023 state agency budget and redistricting maps. The House meanwhile is holding off on completing its version... 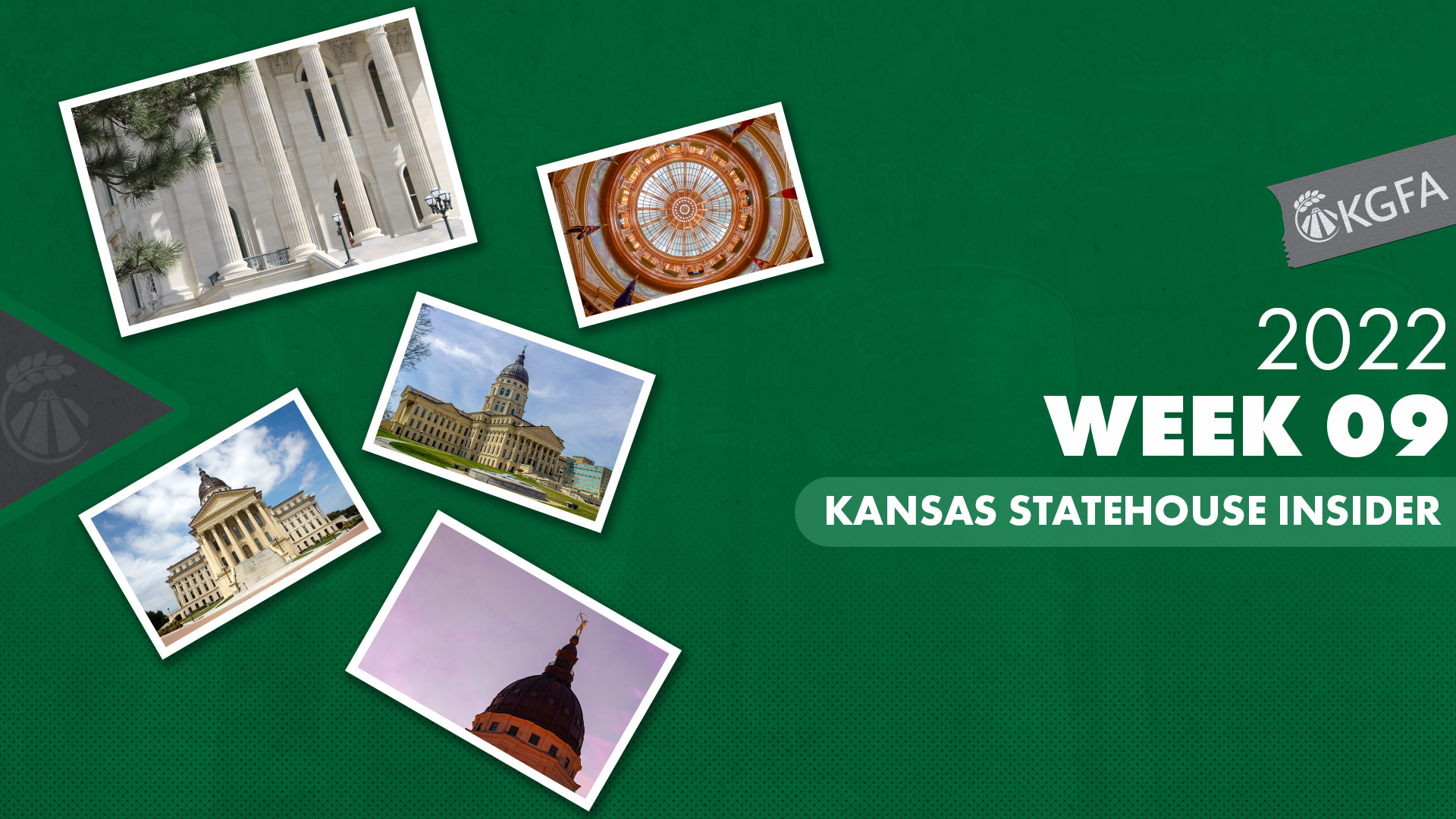 2022 Legislative Session, Week 9 A snow front on Thursday caused abbreviated work in the Kansas Legislature this week. One major action item was the release of newly proposed state Senate district maps which would pair multiple incumbent Senators against each other in the coming 2024 elections. The Democrats’ proposed Eisenhower Senate map plan creates only one incumbent v. incumbent battle in the 2024 elections, while the Republicans’ Liberty 2 map creates two, and the Kansas League of Women Voters’ BluestemSenate creates three such scraps. Also, this week, on a vote of 32-5, the Senate confirmed Janet Stanek as the Governor’s...