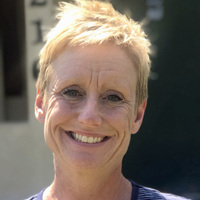 Posted at 15:03h in Industry News by Editorial Team
0 Likes

Kansas Grain and Feed Association (KGFA) mourns the loss of Sonia Offerle who sadly passed away on June 16, 2021. Offerle was a member of the 2013 class of Tomorrow’s Agribusiness Leaders representing Offerle Coop.

During her time at Offerle Coop, she advanced in her position over the years, while meeting and growing close with several of the local farmers. Summer Harvest was one of Sonia’s favorite times of the year. She loved teaching the youth about the Coop and speaking with farmers on the daily.

At the young age of 2, Sonia and her family relocated to Hanston, where she attended kindergarten through 4th grade. Following, she attended Hill City public schools until the age of 12. She often told stories and memories of her family and their adventures as custom cutters in the harvest field while living in Hanston. Many of them including her brother, Craig Gobin and his ornery tactics. The remainder of Sonia’s studious years were spent in Spearville where she was a proud member of the ’87-90 Spearville women’s basketball championship teams. A memory she often shared with her family was a protest she valiantly participated in promoting the right for girls to wear shorts in school. Sonia spent a small amount of time in Wichita, at Newman University on scholarship for the women’s basketball team.

In 1994, Sonia met her husband Michael Offerle at a co-ed softball tournament where she always claimed she loved him at first sight. She told a friend just hours after they met that they’d marry. In May of 1995 they did just that in Spearville, at the Spearville Federated Church. They also bought their first home together in Offerle, around that time. Many of their early years together were spent at co-ed softball tournaments across mid-west Kansas where they entertained many with their mischief.

They soon welcomed daughters Cody and Cameron. One of Sonia’s favorite hobbies was attending the girls’ sporting events. She always had a bag of popcorn in her hands at games which she claimed helped her from yelling from the stands; although, on many occasions the popcorn failed. She and the girls also enjoyed tea parties at Millie Shipp’s, who primarily cared for the girls during the workday.

Throughout the building of her family, Sonia became a member of the Daughter’s of Isabella, coached a few little league teams, assisted with the growth and work of their farm, and worked at the Offerle Co-op where she advanced in her position over the years. She met and grew close with several of the local farmers. Summer Harvest was one of Sonia’s favorite times of the year. She loved teaching the youth about the Co-op and speaking with farmers on the daily.

Sonia was known and loved by so many for her very outgoing and welcoming personality. No one was a stranger to her. She was also well known for her servant heart. She was always willing to help someone out, whether small or large. Sonia took many under her wing and called them her own. She will be greatly missed by friends, family, and many, many more.

She is survived by her husband Mike Offerle; two daughters, Cody Offerle and fiancé Ross Frame and Cameron Offerle; her mother, Bonnie Gobin and brother, Craig Gobin and wife Kelley, nieces and nephews, Cooper Gobin, Caydee Gobin, Colton Droste, and Kennedy Burks. Please join her family in prayer and adoration for Sonia’s vigil and memorial service. The vigil and rosary will be held in Offerle, at Saint Joseph Catholic Church at 7 pm on Thursday, July 1, 2021. Memorial service will also be held at Saint Joseph’s at 10 am on Friday, July 2, 2021. Burial will be in Evergreen Cemetery in Offerle. Memorials are suggested to the Sonia Offerle Memorial Fund in care of the funeral home. Thoughts and memories may be shared in the online guest book at www.swaimfuneralhome.com.