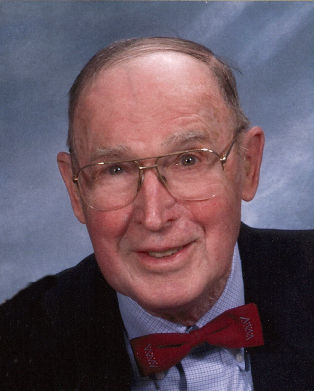 Posted at 14:47h in Industry News by Editorial Team
0 Likes

He was born September 15, 1921, in Huntington County, Indiana, the son of Christy L. and Isabel (Rice) Schoeff, and he grew up on a farm near Huntington.

He worked his way through college serving tables as an undergrad at Purdue University (where he met his wife, Evelyn) and earned his bachelor’s and master’s degrees and his PhD from Purdue.

Bob was commissioned in the United States Marine Corp in January, 1943, and served in the South Pacific during World War II as an artillery officer. He received an Honorable Discharge from the Marine Corp Reserves in 1957 at the rank of Captain.

On December 23, 1945 he married Evelyn Erickson in Ft. Wayne, Indiana. He worked for several agri-businesses in Indiana and Illinois before moving to Manhattan in 1960 when he joined the faculty at Kansas State University.

Dr. Schoeff was a Professor and Extension Specialist at Kansas State University specializing in marketing, management, and safety in the feed and grain industry. He created a dust explosion safety video series that was widely used by OSHA. Over the years, he received recognition for his outstanding contributions to the feed and grain industry from the American Feed Industry Association, the Grain Elevators and Processing Society and the American Feed Manufacturers Association. He was recognized around the world as an expert in grain elevator and feed mill safety and explosion prevention and was a respected consultant in the field even after his retirement from Kansas State.

Bob was a longtime member of First Lutheran Church where he served as the chair of the Property Committee for many years. He was an avid gardener and was known for his beautiful lawn and his amazing rose garden. Bob was an accomplished photographer. He also was a lifelong basketball and football fan and traveled to Texas and Ohio to cheer on his grandchildren as they played.

Bob was preceded in death by his wife Evelyn on February 7, 2017, his brother Richard Schoeff, his son-in-law Gary Hawkes, and his great-granddaughter Emmeline Schoeff.

Funeral services will be held at 1:00 PM on Saturday, March 14, 2020 at the First Lutheran Church, 930 Poyntz Avenue, Manhattan, with Reverend Elizabeth Kocher officiating. Private interment will be in the Kansas Veterans’ Cemetery at Fort Riley.

Online condolences may be left for the family through the funeral home website at www.ymlfuneralhome.com.

Memorial contributions may be made to either the Kansas State University Foundation for the Robert and Evelyn Schoeff Scholarship in Grain Science or the First Lutheran Church. Contributions may be left in care of the Yorgensen-Meloan-Londeen Funeral Home, 1616 Poyntz Avenue, Manhattan, KS 66502.