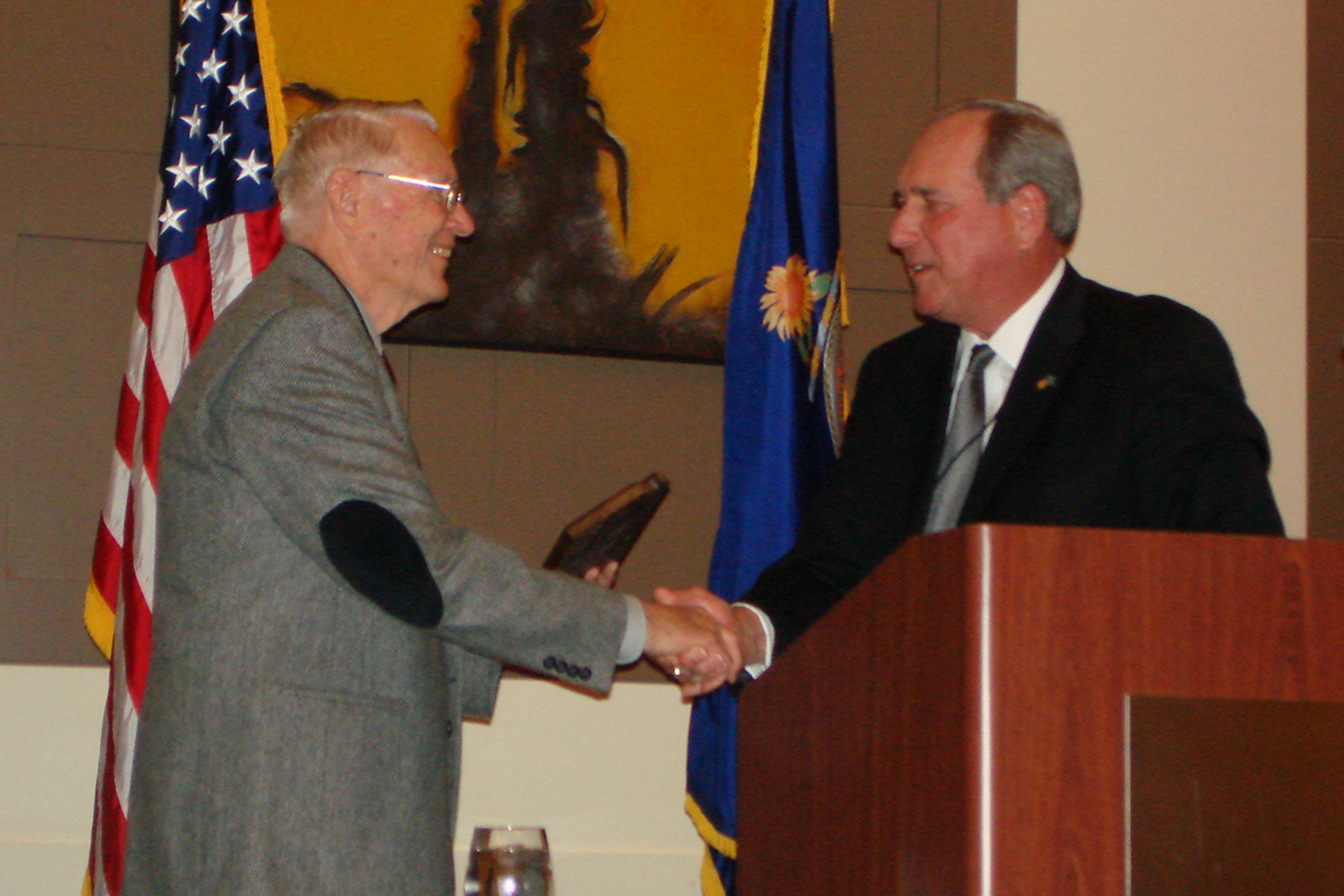 Posted at 15:06h in Industry News by Editorial Team
0 Likes

Kansas Grain and Feed Association is saddened to learn of the passing of Robert Gantz of D.E. Bondurant Grain Company in Ness City.

Gantz also won the Sunflower Award, the highest honor KGFA bestows upon a member in 2007. The speech read for Gantz’ Sunflower Award presentation is below. KGFA will distribute the full obituary and memorial arrangements as soon as they are available.

Robert Gantz made his contribution of service to KGFA beginning in 1959 with his election to the KGFA Board of Directors. He served as a member of the board for 12 years and was President for two terms in 1962-63 and 1963-64.

The period our winner served as a KGFA leader was a time of much turmoil and challenge for the association. Among legislative concerns arising in the 1960s, was the problem of elevator assessment for tax purposes, which eventually resulted in the Association working with the state to develop a Grain Elevator Appraisal Guide that could be used to provide equitable valuation. Other concerns were the renegotiation of the Uniform Grain Storage Agreement and the successful fight to defeat the Yates Amendment, which would have mandated all government-loan grain be stored only in government-owned facilities.

It was also during this period that two important things happened that impacted KGFA’s future:

1.) While Bob was President in 1964, as KGFA’s chief staff officer, Orvis Case retired after 19 years and John Cranor was hired as his replacement, and 2.) Also in 1964, KGFA “came of age” formally after almost 70 years of existence, by officially filing its Articles of Incorporation with the Kansas Secretary of State.

Presently, our 2007 Sunflower Award winner still goes to work at his elevator every day and, along with his son Gary, operates D.E. Bondurant Grain Company in Ness City. We asked Gary to tell me something that epitomizes Bob’s business philosophy and Gary said “if anyone ever made a grain deal with dad the buyer could rest assured they had the best grain bid that day”.