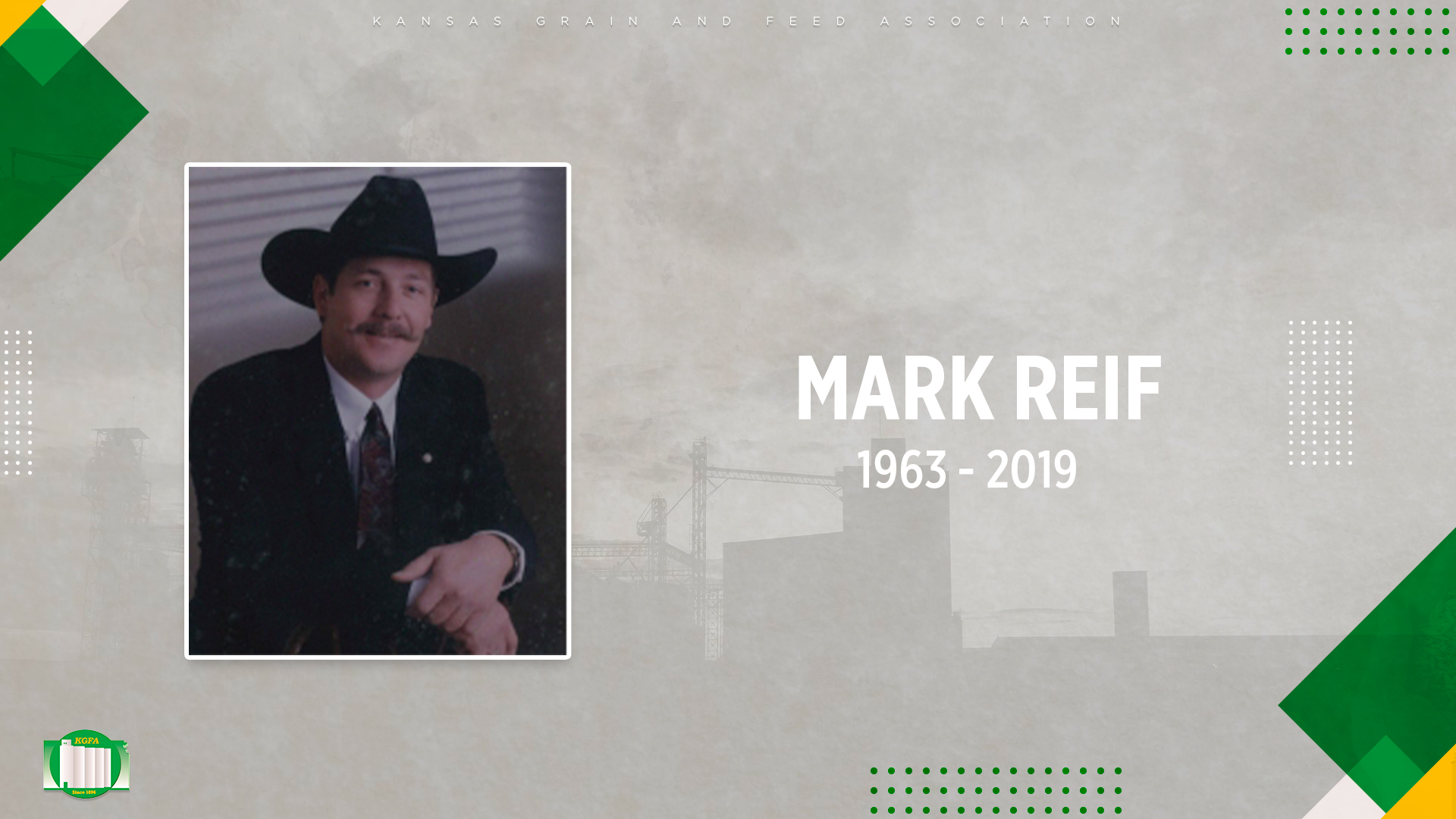 Posted at 05:41h in Industry News by Editorial Team
0 Likes

Mark Reif, age 56 of Plainville, passed away on Monday, September 9, 2019 at his home in Plainville. Mark was born on August 21, 1963 in Great Bend, Kansas to Charles and Lucille (Pierce) Reif. Mark spent his life in Rooks County, graduating from Plainville High School with the class of 1981. He furthered his education at Northwestern Kansas Technical College in Beloit before enlisting in the United States Army where he was stationed in Germany for 3 years. After his honorable discharge he returned home to raise a family of four children and later pursued his dreams of owning and operating his ranch and continued to run Reif Welding and Construction.

Reif was a longtime member of Kansas Grain and Feed Association, as well as a steadfast supporter and exhibitor of the Kansas Agri Business Expo.

With a ranch and a welding and construction company, there was always work to be done, but away from work he enjoyed kayaking, shooting guns, traveling, and above all, spending time with this kids and grandkids. Mark was a member of the Sacred Heart Catholic Church and belonged to the Knights of Columbus.

Mark is preceded in death by his brother-in-law Neil McWhirter.

A Mass of Christian Burial will be held at the Sacred Heart Catholic Church in Plainville on Friday, September 13, 2019 at 10:30 A.M. with burial to follow at the Sacred Heart Catholic Cemetery in Plainville. Visitation will be held at the funeral home on Thursday, September 12, 2019 with family receiving friends 4:00 P.M. to 8:00 P.M. and a Knights of Columbus Rosary at 6:30 P.M.

Memorials are suggested to the Mark Reif Memorial Fund and may be sent in care of Plumer-Overlease Funeral Home, 320 SW 2nd St, Plainville, KS 67663.