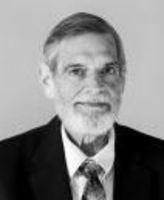 Posted at 10:38h in Industry News by Editorial Team
0 Likes

Young, who was retired from Ardent Milling / Horizon Milling was an active participant on the KGFA scholarship committee and the association’s legislative committee. He was involved with the hospitality rooms at the annual meetings for many years prior to his retirement.

Alan Duane Young, 69, passed away on December 7, 2020 at his home in Wichita, KS. He was born to Owen “Duane” and Veva (Tompkins) Young in Topeka, KS on March 26, 1951. Alan was preceded in death by his parents and sister, Loretta Latta. He is survived by his loving wife, Linda Young; daughters, Sherry (Beau) Stavig, Tina (Todd) Hallacy; grandchildren, Wyatt, Dalten, Haley, Savannah, Naomi, Makayla, Alanna, Jayla and brothers, Mark (Terry) Young of Topeka, and Mickey (Michelle) Young of Carbondale.

Alan married his high school sweetheart in 1972. They became owners of Melvern Grain, Inc. that very same year. They lived in Melvern, KS until they sold the business in 1979. Alan joined the merchandising team of CGF Grain in Topeka, KS in 1980. In 1983 CGF Grain was sold to Cargill, Inc.

Alan continued his career with Cargill/Ardent Mills until he retired after 37 years of service. He was also a 44 year member of the Kansas Grain and Feed Association and served on the KGFA Scholarship committee. Alan loved charity work. In 2006 Alan was part of a team that built 7 single family homes in a record breaking 6 months for which he received a letter of recognition from President George W. Bush. Memorial contributions may be made to the Eagle Valley Raptor Center in Cheney, KS or the Kansas Food Bank, sent in care of the funeral home. Services are being planned for the Spring of 2021.