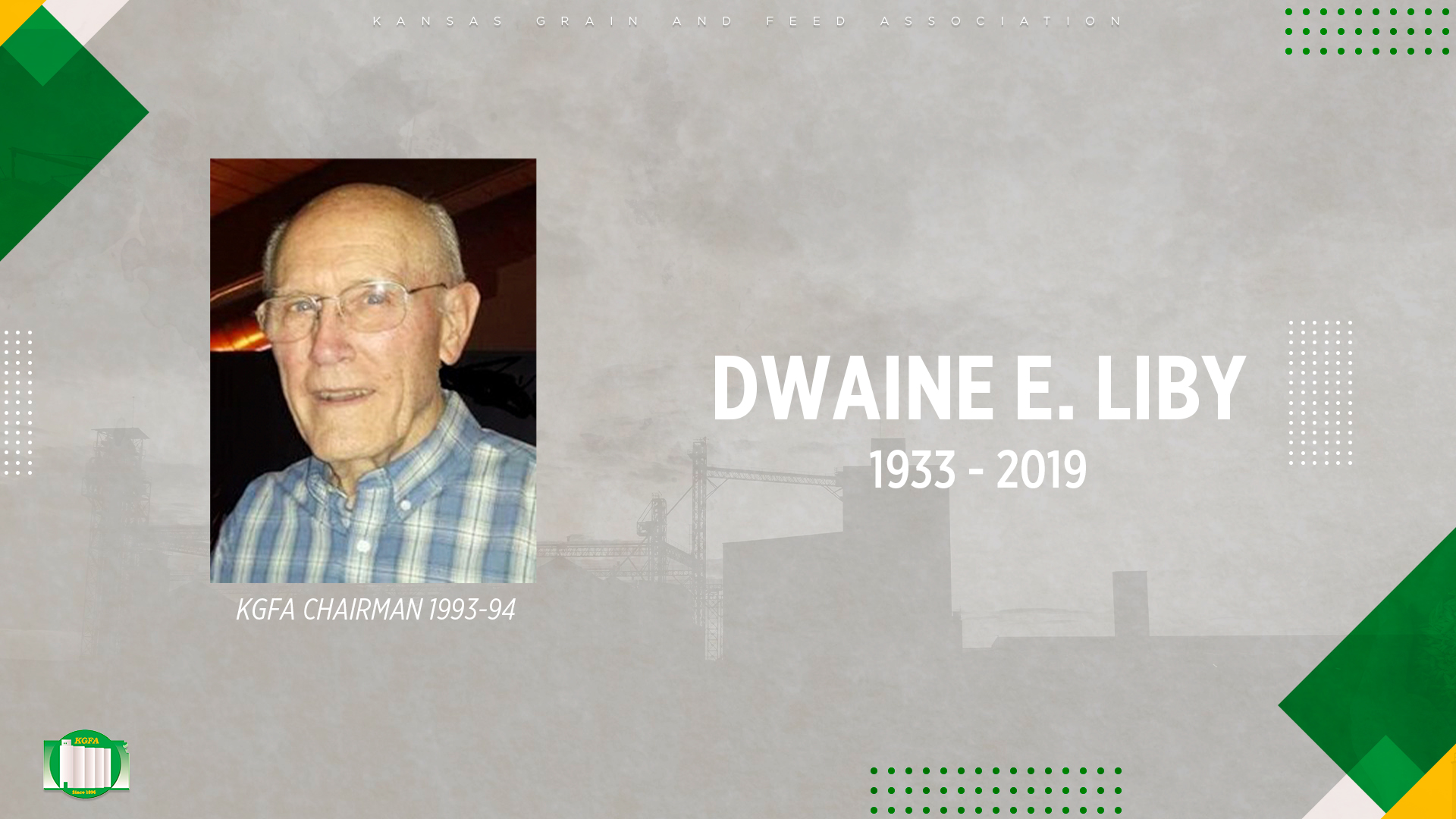 08 May KGFA Mourns the Passing of Former Chairman, Dwaine Liby

Posted at 06:28h in Industry News by Editorial Team
0 Likes

Dwaine was born October 6, 1933 in Morganville, the son of Willie and Iretta (Holstead) Liby. He graduated from Clay Center Community High School.

He served in the Kansas Army National Guard in Clay Center.

Dwaine started working in the Clay Center Farmers Union Coop as a bookkeeper, later becoming an Assistant Manager at the Gambles store in both Clay Center and McPherson. He returned to the Farmers Union Coop in Clifton for a short period of time before becoming re-employed at the Clay Center Coop. He became the manager of the Pauline Coop in 1968 and served in that capacity for 20 years. He then served as the General Manager of the Clay Center Coop Association for 10 years, retiring in 1998. After retiring, he worked part time for 18 years at the Dillons store in Brookwood Shopping Center in both the floral and pharmacy departments.

He was preceded in death by brothers, Merlin and Raymond; and sisters, Alma Gebhardt, Shirley Allen and Karen Girard.

His greatest joy was his family and enjoyed traveling with his wife and family. He was a loving, kind and gentle man with a quick smile.

A Celebration of Life service is pending.

In lieu of flowers, memorial contributions may be made to Midland Care or T.A.R.C.