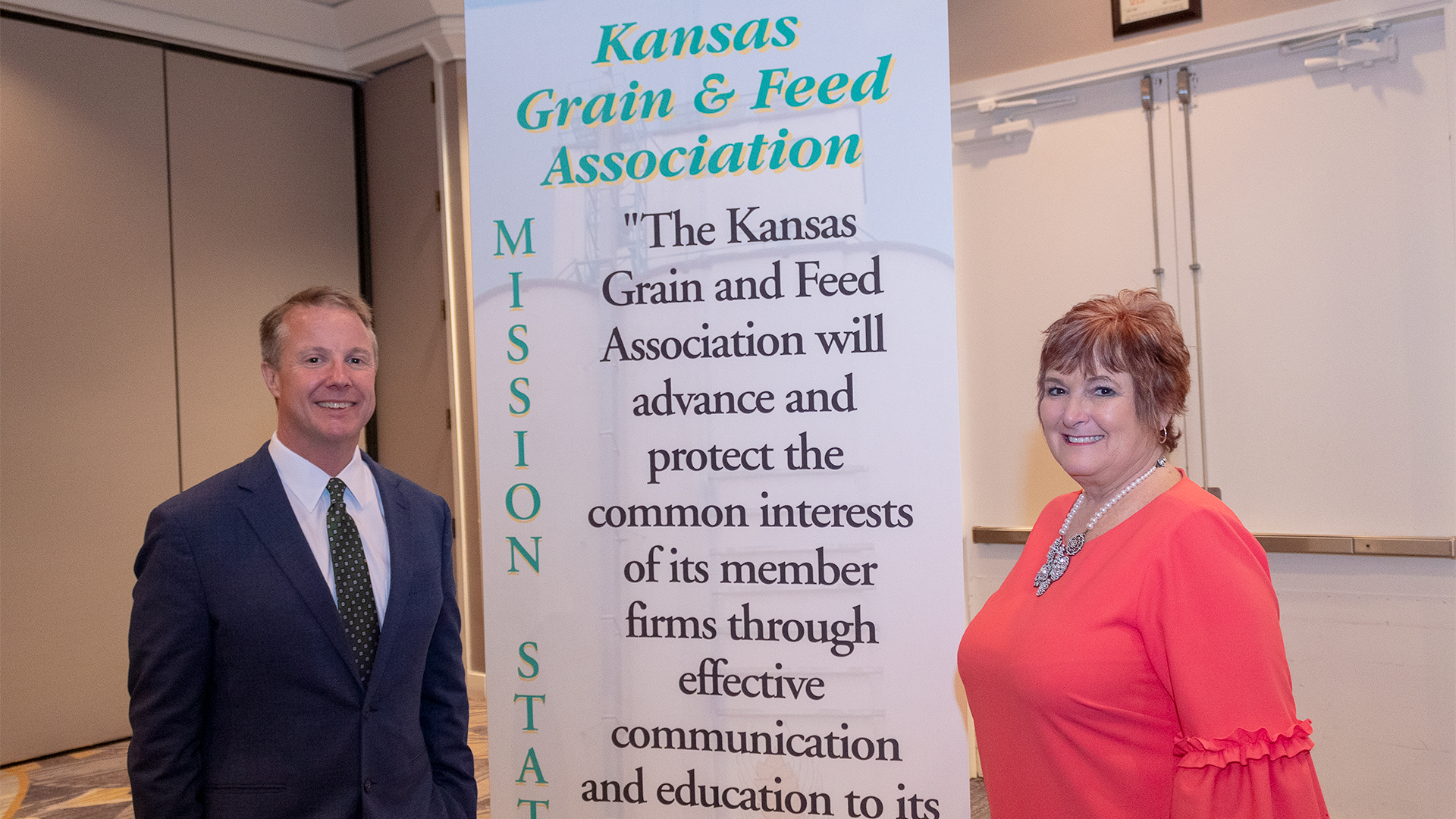 Posted at 14:14h in Industry News by Editorial Team
0 Likes

TOPEKA, Kan. – At its 123rd annual meeting in Wichita, Kansas Grain and Feed Association (KGFA) chose Deb Miller, general manager of Stockton Farmers Union Mercantile and Shipping Association, as its first-ever chairwoman. Miller was chosen by the association’s 16-member board of directors to serve her two-year term leading the association through April of 2021.

“It’s such an honor to be chosen as the first chairwoman of this storied association,” Miller said. “As an industry, we’ve had many trials and tribulations, but we’ve always persevered, adapted and succeeded. We’ve done pretty well in the last 123 years, and we’re just getting started.”

Miller is the 90th industry leader to be picked into KGFA’s pinnacle role after previously serving three terms on the board of directors beginning in 2011.

“Throughout her career, Deb Miller has been an unmatched leader and innovator in the grain industry,” KGFA president and CEO Ron Seeber said. “We are honored to have her at the helm.”

During its 123rd annual gathering at the DoubleTree Airport hotel on Monday and Tuesday, nearly 230 KGFA members enjoyed networking and educational activities. Members heard a keynote address from Dan Oblinger, a hostage negotiator on how improved listening techniques and skills will enhance leadership qualities in the workplace and Kansas Senate President Susan Wagle provided an update on the Kansas political landscape after the legislature’s first adjournment last week.