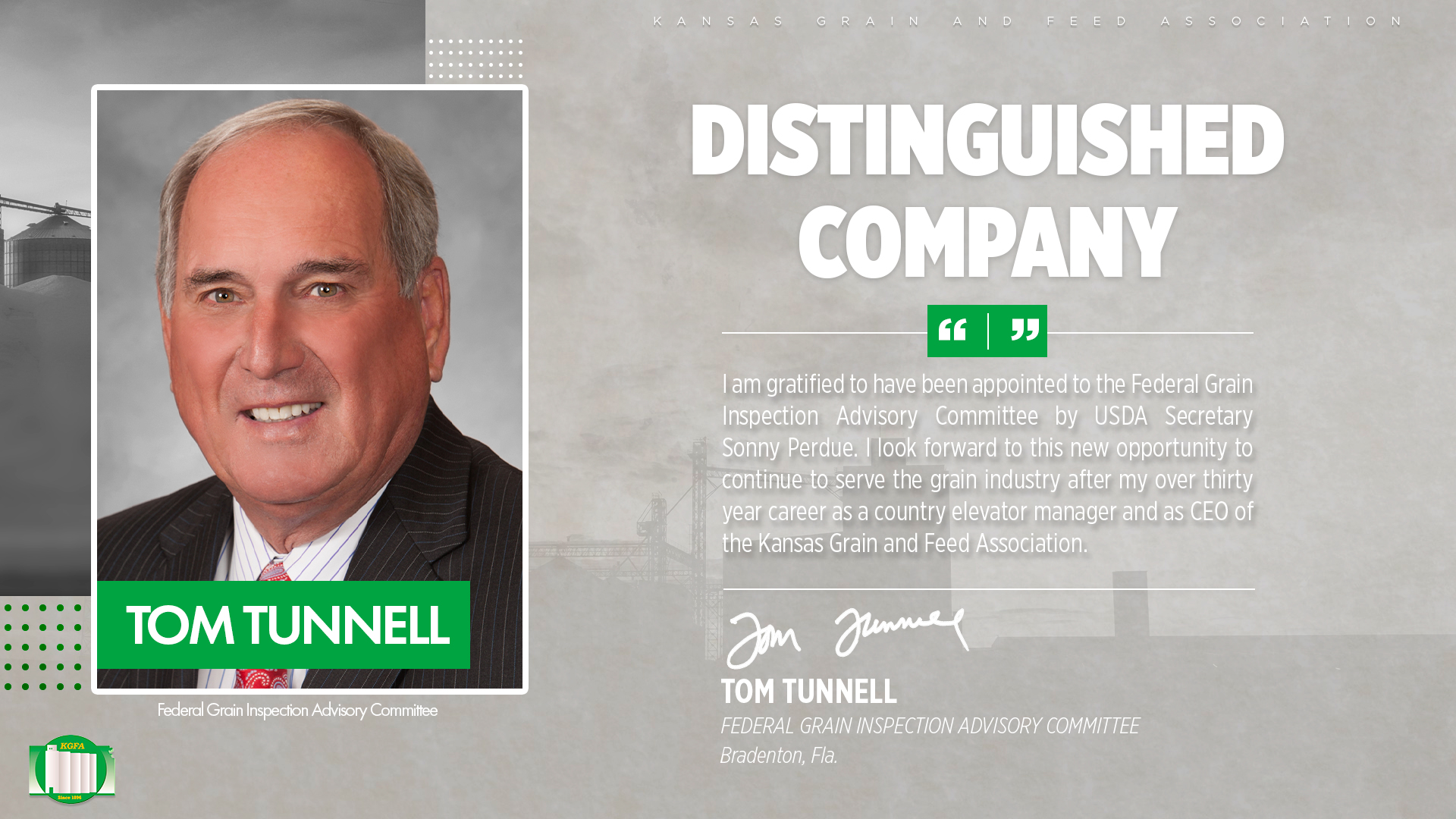 Posted at 08:01h in Industry News by Editorial Team
0 Likes

“I am gratified to have been appointed to the Federal Grain Inspection Advisory Committee by USDA Secretary Sonny Perdue,” Tunnell said. “I look forward to this new opportunity to continue to serve the grain industry after my over thirty year career as a country elevator manager and as CEO of the Kansas Grain and Feed Association.”

Established on September 29, 1981 under the authority of the U.S. Grain Standards Act, the Advisory Committee represents the interests of all segments of the U.S. grain industry from producer to exporter.  The committee is comprised of 15 members typically include grain processors, merchandisers, handlers, exporters, consumers, grain inspection agencies, and scientists. The Secretary appoints all members and one third are appointed annually.  There are 10 members currently serving on the committee.

Members appointed for a three-year term are:

Members selected as alternates to serve one-year terms are:

Tunnell served as KGFA’s President and CEO for nearly 40 years from 1980 to 2017 and was responsible for overseeing the day-to-day operation of the association as well as monitoring state and federal legislation that pertains to the grain and feed industry. Prior to entering association management, Tunnell was general manager of an agribusiness in Lincoln, Kansas where he managed a large full service country elevator, an alfalfa dehydrating operation, a small trucking business and a farming operation.

The appointment in Washington, D.C., is nothing new to Tunnell as he previously served on boards of directors for The Fertilizer Institute (TFI) and Agricultural Retailers Association (ARA).