The Sunflower Award is Kansas Grain and Feed Association’s most prestigious award given annually to recognize someone who has made a significant and notable contribution to our industry and/or our association. The contribution may be of scientific achievement, marketing, engineering, transportation or management, but it is not limited to these specifically. 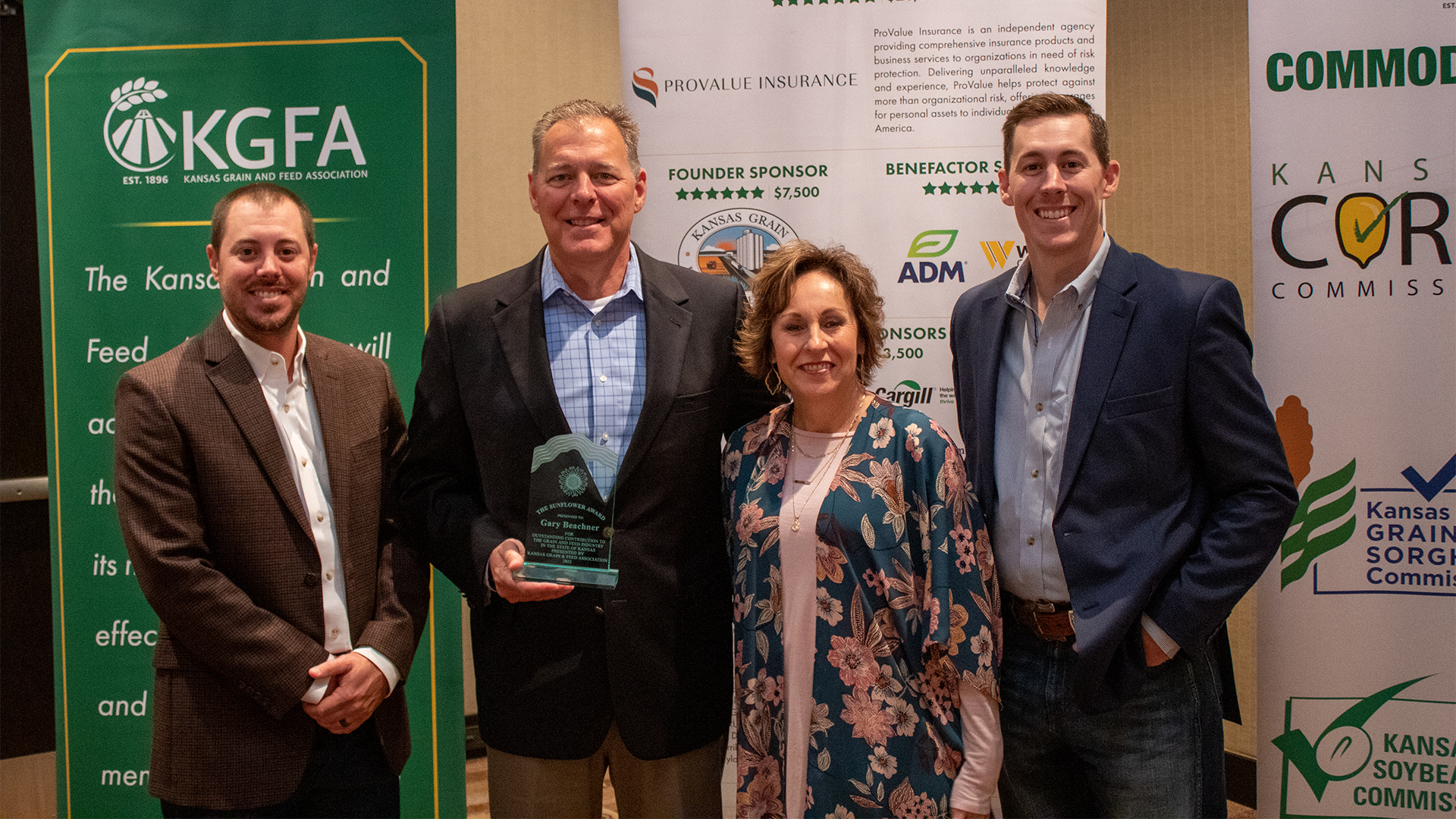 Our 2022 Sunflower Award winner has been an integral member of the Kansas Grain and Feed Association for more than 25 years. This is, we hope, a surprise to him to receive the association’s career achievement award this year.

Gary Beachner was born in 1963 to farmers and stockmen who also had a seed and seed cleaning business in St. Paul, Kansas.

Throughout his more than three decades in the grain business, Gary has worked tirelessly to oversee more than 30 grain elevator and agricultural retail operations in Kansas and Oklahoma. As if he’s not busy enough, he also leads several other agribusiness operations including a seed processing company in central Kansas, two commercial cattle feedlots and a wholesale seed distribution organization in Missouri.

From the early stages of his professional career, industry service and involvement has been of the utmost importance to Gary. He has served two stints on KGFA’s board of directors, his first term running from 1992 to 2001, which was highlighted by holding the chairmanship from 1997 to 1998. Gary was re-elected to the KGFA board for a second run in 2013, completing his nine-year term at our board meeting yesterday.

Gary also proudly served as chairman of the National Grain and Feed Association board of directors from 2014 to 2016, as well as a two-year term as its second vice chairman. In addition to his service on the NGFA Board of Directors and Executive Committee, Gary has been a member of the NGFA’s Country Elevator Committee and Finance and Administration Committee.

Gary and his wife, who he met while attending K-State, Kim, have three sons: Nathan, Cory and Craig.