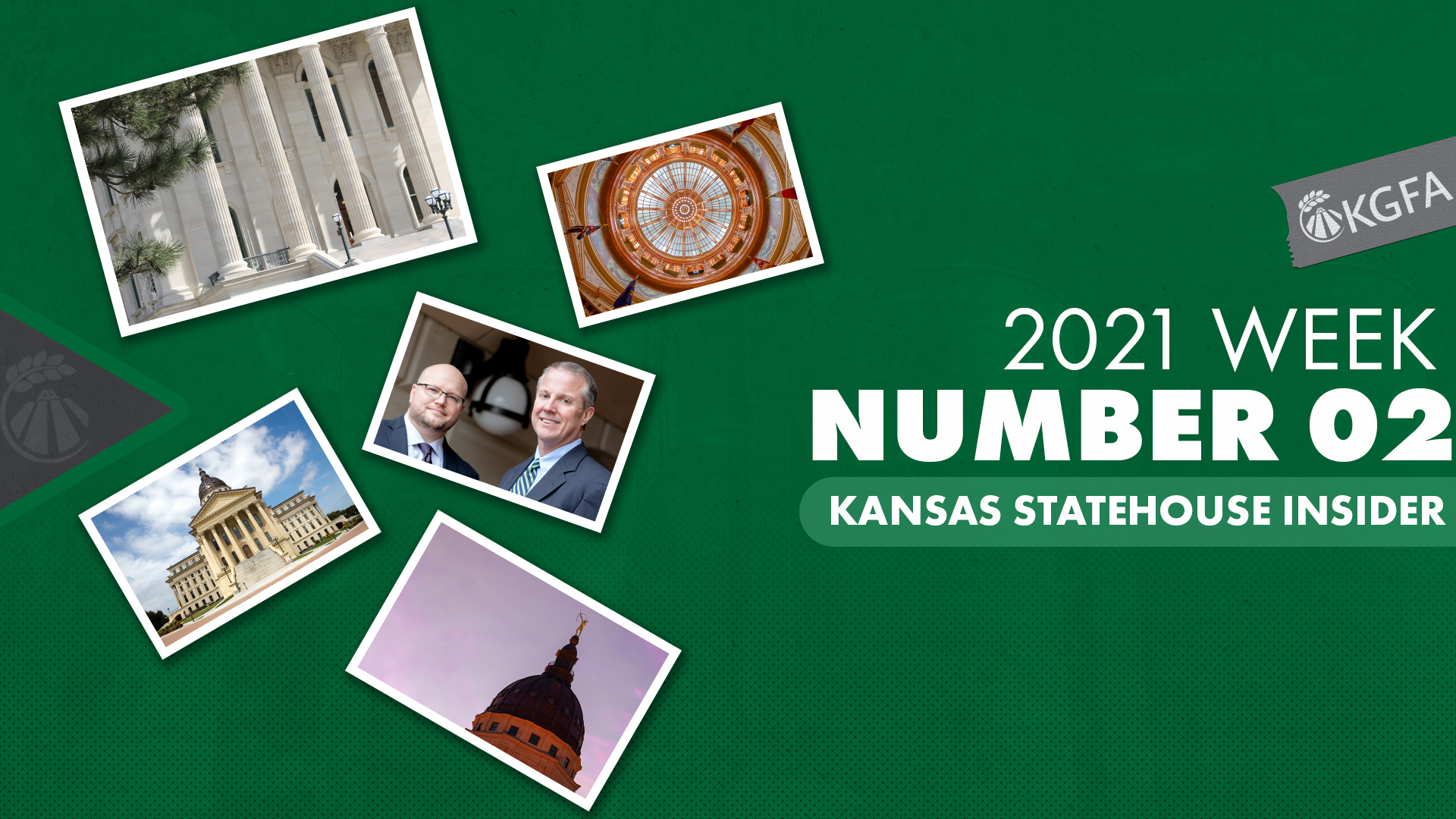 Posted at 09:40h in Advocacy by Editorial Team
0 Likes

Security issues with the capitol building caused a slow-down of activity for a couple of days during a week which also saw a flood of new bills introduced on dozens of issues. Many of these bills were being given new life following the shortened session last year. Of note this week, was the quick passage, by both the Senate and the House, of a bill extending the current emergency declaration under the Kansas Emergency Management Act (KEMA). That bill will be advanced to the Governor for review. In addition, the House held multiple in-depth hearings on the status of the Kansas unemployment insurance fund, receiving testimony from the Kansas Dept. of Labor on the solvency of the fund, the backlog of cases, and the issue of the burgeoning level of fraudulent unemployment claims in Kansas and other states. The House finished business this week with a lengthy and heated floor debate on a proposed constitutional amendment concerning the right to regulate access to abortion.

Last week, the Senate debated, and passed, Senate Bill 14, a bill extending certain provisions of the governmental response to the pandemic in Kansas. This week, the bill was heard by the House Judiciary Committee and quickly referred to the House Committee of the Whole, where it was passed by a vote of 119-3. The bill now goes to the Governor for consideration. Specific to businesses, it provides that if the business was in compliance with public health directives then it is not liable for contraction of COVID-19. Any civil action would require injury, not merely exposure, require higher threshold of exposure than inherent risk, and offers liability limitations for companies manufacturing PPE. Your association joined with other stakeholders in support of this measure. It is expected that the legislature will use the extended timeline from this bill to make additional changes to the Kansas Emergency Management Act later this session.

On Thursday, January 21, the Senate Tax Committee held a hearing on Senate Bill 22. This bill would exempt certain types of foreign corporate income (repatriated income and GILTI) that is now taxable at the state level following passage of the federal tax cuts and jobs and of 2017. The bill would also exclude unemployment compensation benefits from gross income if the benefits were secured with a fraudulent identity and the taxpayer did not receive the benefits. In addition, the bill would increase the amount of net operating losses deduction for corporations. The fiscal note on the bill (cost to the state) is estimated to be $330 million in the first year, and over $600 million over the first three years. Last year, Governor Kelly vetoed similar legislation due to the high fiscal note.

On Tuesday, January 26, the Senate Committee on Agriculture and Natural Resources will hold a hearing on Senate Bill 38, a bill that would allow up to $50,000 from the agricultural chemical remediation reimbursement fund to be used annually for a new Pesticide Waste Disposal Program within the Kansas Dept. of Agriculture. The bill, which promotes good stewardship and sound public policy, is supported by the Kansas Grain and Feed Association and Kansas Agribusiness Retailers Association. A companion bill, in the form of HB 2103, was introduced in the House Committee on Agriculture.

On Thursday, January 21, the Senate Committee on Financial Institutions held a hearing on Senate Bill 15, a bill which would create a new Economic Recovery Linked Deposit Loan Program for businesses in response to the economic downturn caused by the COVID-19 pandemic. This 10-year program will make up to $60 million available for low-interest (2% below market rate) loans to business. Renew Kansas Biofuels Association joined other industry stakeholders in supporting the bill. The House Committee on Financial Institutions and Rural Development will hold a hearing on a companion bill, House Bill 2069, on Monday, January 25.

On Thursday, January 21, the Senate Committee on Agriculture and Natural Resources held a hearing on Senate Bill 27, a bill concerning the state’s underground petroleum storage tank (UST) fund and redevelopment fund, which are managed by KDHE. The bill extends the sunset dates of the funds, and increased the maximum fund reimbursement. Your association offered testimony in support of the measure. The Committee advanced the bill favorably to the full Senate.

The Senate Committee on Federal and State Affairs will hold a hearing on Senate Bill 34, a bill that would create an automatic sunset, or repeal, of all current agency rules and regulations after five years unless the legislature passes legislation to specifically renew such rule or regulation. The hearing will be on Tuesday, January 26.

Other Bills of Interest: