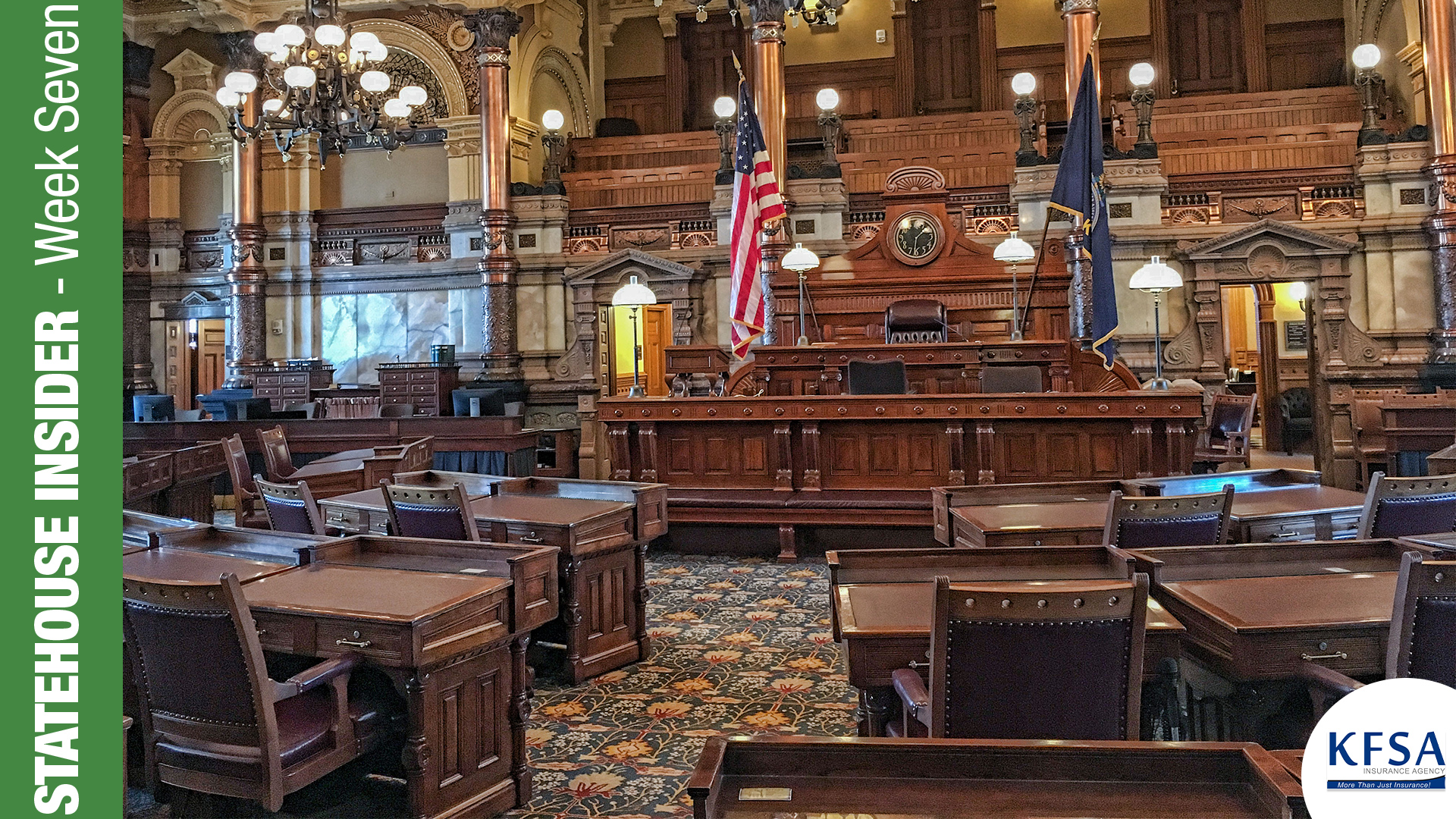 Posted at 07:26h in Advocacy by Editorial Team
0 Likes

The seventh week of the Kansas legislature – referred to as the “turn-around” week – all bills not been “blessed” by leadership must have made it out of the chamber of origin to remain viable for the year. For that reason, most of the previous week was dedicated to the House and Senate debating and voting on bills to send to the opposite chamber. The Legislature concluded its business on Thursday morning, and will resume hearings next Wednesday (March 6). Please see below for a few highlights of activity on bills we are monitoring:

Corporate Tax Bill Advanced to Full House
On Monday, the House Tax Committee amended Senate Bill 22 before advancing the bill out of committee. The bill decouples portions of the Kansas corporate tax code from the federal corporate tax code following passage of the 2017 Federal tax cuts and jobs act. The committee amended the bill to include language (from House Bill 2261) which reduces the state sales tax on food by 1 percent (to 5.5 percent). The cost to the state budget on that reduction is $60 million annually. In order to pay for the sales tax reduction on food, the bill was also amended to bring in language from House Bill 2352 which requires a tax on sales in Kansas conducted over the internet. The sales tax applies to businesses without a physical nexus with the state, and only after the first $100,000 in sales. Senate Bill 22 now moves to the full House for consideration – possibly this week. Once the bill passes the full House, it will go to Governor Laura Kelly, who has repeatedly stated that she is not in favor of significant tax cuts this session. The amendments were intended to give the Governor a reason not to veto the bill, as lowering sales tax on food has broad support from the legislature and the Governor.

Vocational Training Bill Needs More Work
The House Committee on Commerce, Labor and Economic Development advanced House Bill 2354 out of committee. This bill would allow student workers in unpaid, school-based vocational training and apprenticeship programs to be covered by the school district’s liability insurance. The bill was amended to remove any reference to Worker’s Compensation. The bill will need additional technical amendments before a full House floor vote. House leadership has blessed this bill in order to keep it alive after turn-around.

Economic Development Review Bill Advances to the Senate
On Wednesday, the full House passed House Bill 2006 favorably on a vote of 122-0. This bill would create a publicly available examination of economic development incentives for Kansas businesses, including tax credits and property tax exemptions of $50,000 or more annually. The bill now advances to the Senate for consideration, which already has introduced a similar bill in Senate Bill 204.

Governor Receives First Bill of 2019 – KPERS Funding
On Tuesday, Senate Bill 9 was the first bill of the 2019 legislative session to be presented to the Governor. Authorizing the transfer of $115 million from the state general fund to the Kansas public employee’s retirement system for schools. The bill passed unanimously in both the Senate and then the House.

Agricultural Chemical Remediation Reimbursement Program and Fund
On Wednesday, the full Senate passed House Bill 2001 favorably on a vote of 40-0. This bill would extend the sunset of the Kansas Ag Chemical Remediation program from July 1, 2020 to July 1, 2030. Proponents of the bill include Kansas Agribusiness Retailers Association, Kansas Grain and Feed Association, Kansas Cooperative Council and Kansas Department of Health and Environment. The bill now advances to the Governor for signature.

Utility Rate Bill Alive in Senate Committee
This week, the Senate Committee on Utilities held a hearing on Senate Bill 24, relating to the recovery of transmission-related costs. Other hearings on the issue were delayed as the Committee Chairman directed parties to work toward one compromise bill, likely resulting in an amended version of Senate Bill 69. The committee will likely take action on Senate Bill 69 next week, where the compromise amendments will be offered.

Kansas Enterprise Zone Bill still alive
On Thursday, the House withdrew HB 2131 from the calendar and referred it to the House Tax Committee. This bill would provide for a new sales tax exemption for construction and certain purchases for businesses that qualify as part of a Kansas enterprise zone. The program provides a sales tax exemption for materials, equipment, and services purchased in connection with a business expansion project. The bill was estimated to decrease state revenues by $118 million in FY 2020. The Chairman of the House Committee on Rural Revitalization had previously stated that the bill was likely too costly in its current form.