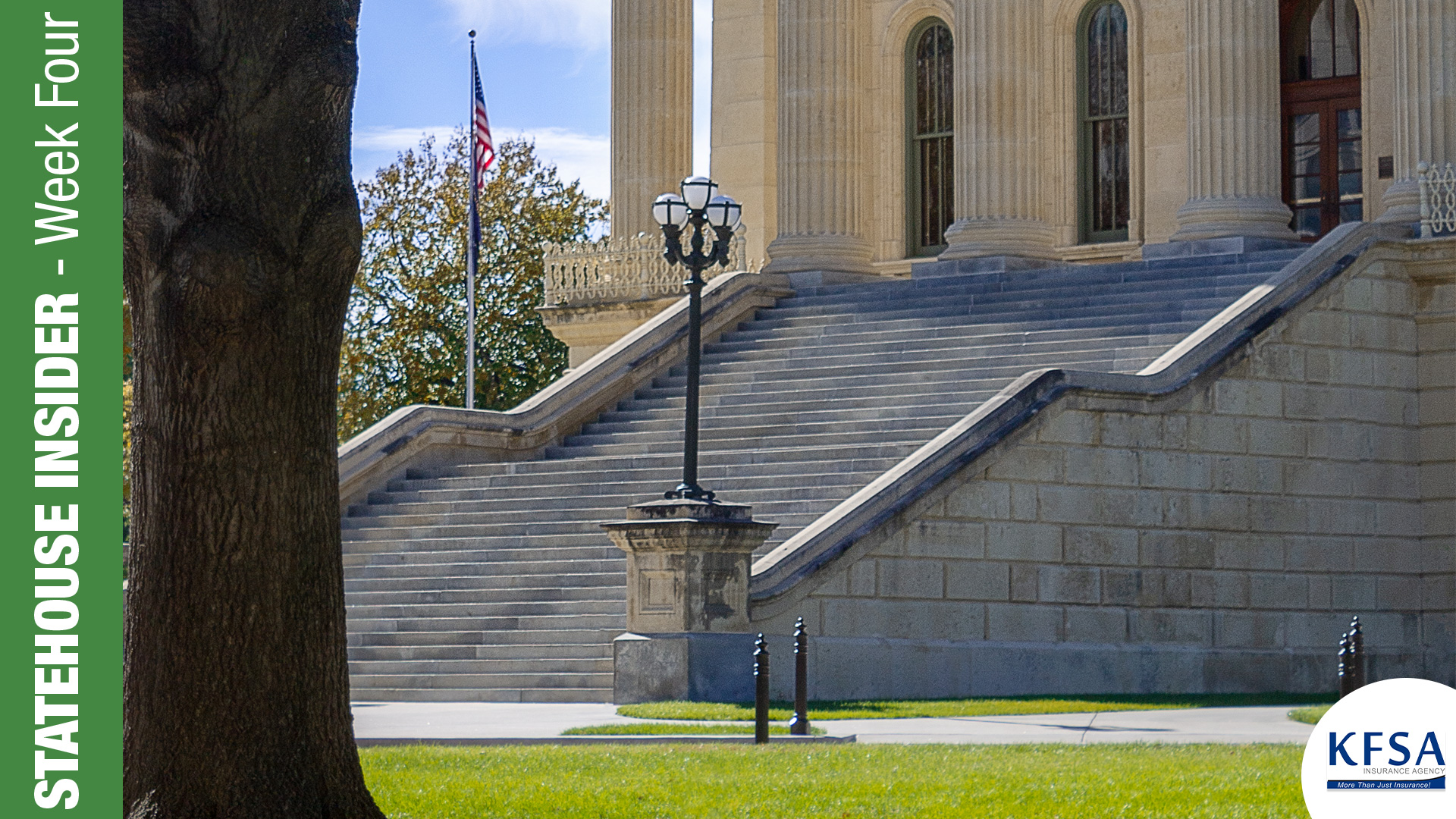 Posted at 06:39h in Advocacy by Editorial Team
0 Likes

During the fourth week of the Legislature, the Senate passed a key tax bill, the House voted unanimously to pass a bill extending the sunset of the Kansas Ag Remediation program, and the Senate moved forward on a bill to transfer money into KPERS from the State General Fund. Find more details of the week’s activities, below:

Senate Passes Important Tax Bill
On Wednesday, Feb. 6, on a vote of 26-14, the Senate passed Senate Bill 22, a bill which returns revenue to individual and corporate taxpayers that the state otherwise expects to gain following changes to the federal tax code in the 2017 federal tax cuts and jobs act. The state department of revenue estimates that SB 22 would decrease state general fund revenues by $187.3 million in FY 2020. The bill allows Kansas taxpayers to itemize deductions on their state tax returns when using the standard deduction on their federal returns. The bill also decouples from federal repatriation provisions (IRC Section 965), and federal Global Intangible Low Tax Income (GILTI) provisions (IRC Section 951A), for Kansas corporate tax filers. Kansas Grain and Feed Association submitted testimony in support of SB 22 in committee. The bill now moves to the House Tax Committee, where hearings will likely begin on Monday, Feb. 18th. Governor Kelly has hinted publicly that she is not in favor of the bill.

House Passes Bill extending Agricultural Chemical Remediation Reimbursement Program and Fund
On Thursday, Feb. 7, the Kansas House voted unanimously to pass HB 2001, which extends the sunset of the Kansas Ag Remediation program ten years to July 1, 2030. The bill also realigns the funding for the program by reducing environmental assessments on grain elevators and pesticides product registrants, and by increasing the current assessment on fertilizer product registrants. Finally, the bill reduces the maximum allowable fund balance from $5 million to $3 million. The bill should receive a hearing soon in the Senate Committee on Agriculture.

KDOR Bill Amends Multi-state Compact
The Kansas Department of Revenue introduced House Bill 2212, which amends Kansas law regarding the apportionment of corporate income under the multi-state tax compact. The bill is similar to Senate Bill 39 that was introduced last year. The bill will not be retroactive, which was a problematic part of the previous legislation. The bill will be heard in the House Tax Committee on Tuesday, February 12th.

Animal Agriculture Bills Introduced
On Wednesday, Senator Tom Holland of Douglas County introduced three bills (SB 110, SB 111, and SB 112) pertaining to animal (poultry) feeding, confinement and slaughter facilities. These bills are in response to the proposed establishment of a poultry processing facility in his district (Tonganoxie, KS) last year. These bills will likely be referred to the Senate Committee Ag and Natural Resources, with Senate Ag Committee Chairman Senator Dan Kerschen. Additionally, the House saw introduction of HB 2161 which creates an animal abuse offender repository within the KS Bureau of Investigation for entities licensed under the KS pet animal act.

Electricity Rate Discussions Heat Up
Last week, SB 69 was introduced in the Senate Committee on Utilities which seeks, among other things, an independent study of electric rates in Kansas. A hearing on the bill was scheduled and then delayed until further notice as both energy utilities and rate payers have lobbied hard on the best approach moving forward to address the high cost of energy in Kansas. A broad stakeholder meeting has been scheduled for March 1st to discuss the utility rate studies and other various bills that have been introduced. We will continue engage the legislature and other stakeholders on this important issue.

Kansas Public Employees Retirement System
On Tuesday, Feb. 5, the Senate voted unanimously to pass Senate Bill 9, a bill which would transfer $115.0 million from the state general fund to the Kansas Employees Retirement Fund (KPERS). The transfer is being made to make up for a $97.4 million payment that the legislature failed to make to KPERS in FY 2016. Also on Tuesday, the House introduced House Bill 2141, a bill which would reamortize the state school KPERS actuarial liability an additional 30 years. This bill is Governor Kelly’s plan to save the state budget $145 million, but will cost the state $7.5 billion in additional overall interest.

Department of Transportation Presents Task Force Findings
The House Committee on Rural Revitalization received a report this week on the Transportation Task Force from Julie Lorenz, Interim Secretary of Transportation. According to Lorenz, steady, predictable funding is a top priority for the Task Force, which seeks to increase road preservation funds, invest in local partnership programs (such as the county bridge program), and establish a cost-share program to help communities leverage state dollars. Secretary Lorenz also discussed ideas on raising new revenue for the transportation plan, such as increases in registration fees and large vehicle fees; increasing fuel taxes; increasing the number of toll roads; creating fees on alternative fuel vehicles; and, assessing fees based on vehicle miles traveled. We will oppose targeted tax increases on our industry to fund transportation infrastructure.

· SB 90: extends the tax credit for contributions to financial institutions under the economic development and the center for entrepreneurship act and increases the annual credit available for all contributors.

· SB 116: establishes restrictions on the use of step therapy protocols by health insurance plans. Similar to HB 2120.

· HB 2026: enacting the fire sprinkler industry act. The House Commerce Committee will hold a hearing on the bill next Tuesday.

· HB 2063: allows local governments to approve budgets assuming another abolished government entity, with an exemption from the property tax lid.

· HB 2128: decreases the state sales and use tax rate on food and food ingredients.

· HB 2131: provides for a sales tax exemption for construction and certain purchases for businesses qualifying as part of an enterprise zone.

· HB 2161: creates an animal abuse offender repository within the KS Bureau of Investigation for entities licensed under the KS pet animal act