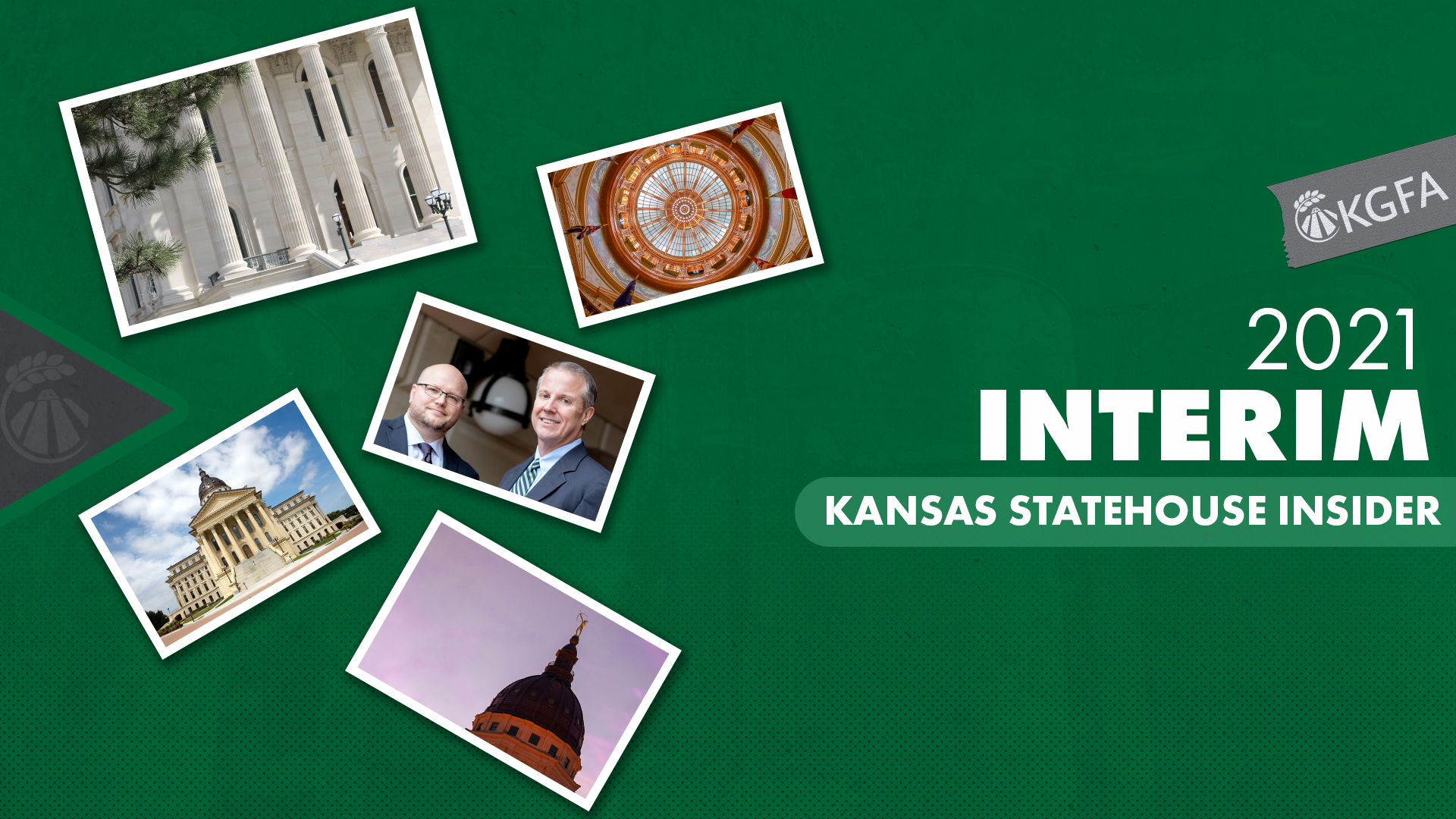 Posted at 07:15h in Advocacy by Editorial Team
0 Likes

Governor Laura Kelly has now signed multiple bills passed by the legislature during the regular session. The Governor has also teed up possible action by the House and Senate during the veto session beginning May 3 by vetoing key legislation focusing on taxes and social issues. Upon its return, the legislature will also focus on passage of an omnibus budget bill for the balance of the current fiscal year. This budget action comes on the heels of the state having just received positive news on the budget from the Consensus Revenue Estimating Group. This advisory council recently released revenue projections indicating an additional $360 million in revenue for the state during the current fiscal year and the next. These estimates return Kansas to pre-pandemic budget levels, and nearly double the previous estimated ending balance for the 2021 budget.

On April 21, the Governor signed into law Senate Bill 143. This bill, supported by the Kansas Grain and Feed Association and other agricultural groups, authorizes the Kansas Department of Agriculture (KDA) to increase bushel capacity fees for the grain warehouse inspection program. The purpose of this bill is to bridge a current budget gap within the agency’s grain warehouse inspection program. Along with this bill, a provision has been included in the budget bill for fiscal year 2022 (House Bill 2007) which transfers $60,000 from state general funds to the KDA’s grain warehouse program budget. KGFA requested this funding to reduce the proposed increase in industry fees. In addition, the bill extends the required 12-month inspection cycle to an 18-month inspection cycle. KDA testified that it intends to hold to the 12-month cycle but this change will allow extra time for inspection flexibility.

On April 22 Governor Kelly signed Senate Bill 86 into law. This bill creates the Kansas Extraordinary Utility Costs Loan Deposit Program to allow businesses and other eligible borrowers to apply for low-interest loans to assist them in paying for very high natural gas bills following the February 2021 polar vortex. The bill defines “eligible borrowers” as wholesale natural gas customers in the state who experienced extraordinary prices due to the extreme weather. The bill provides $20 million for this new program. Eligible borrowers may borrow up to $500,000 from the program. The State Treasurer will administer the program, which will become effective following publication of the bill in the Kansas Register. Under the program, eligible borrowers will apply for loans through their participating lending institutions.

On April 19, Governor Kelly signed into law the conference committee report on HB 2104. This large property tax bill contains the contents of multiple bills, including language from Senate Bills 98, 119, and 72. These property tax bills were supported by Kansas Grain and Feed Association, Kansas Agribusiness Retailers Association, and Renew Kansas Biofuels Association. Senate Bill 98 ensures that, in a de novo hearing before a Kansas District Court, the county maintains the burden of proof to establish the county appraiser’s valuation and classification of the property. The bill also extends the time a state board of tax appeals member may continue to serve after such member’s term expires. In addition, the bill allows the Governor to temporarily appoint former board members as necessary. Senate Bill 119, explained in greater detail here, includes many positive changes to the Kansas property tax system that were spread out over a handful of bills last year. Of particular note, the bill prohibits the Board of Tax Appeals from increasing the appraised property valuation as a result of an informal appeal or a formal appeal of the valuation.

Senate Bill 50 would provide corporate income tax modifications for global intangible low-taxed income, business interest, and capital contributions. The GILTI provision in Senate Bill 50 would make 100% of GILTI deductible (exempt) beginning in tax year 2021. The bill also includes the contents of HB 2239, allowing net operating losses to be carried forward indefinitely; and HB 2106, extending the deadline for corporate filing deadline. The bill is reported to have an estimated fiscal note of $300 million over three years. On April 6, Governor Kelly vetoed the bill. Following the release of the updated and improved budget estimates, Speaker of the House Ron Ryckman Jr. (R-Olathe) said the revised surplus strengthens the case for the legislature to override the governor’s veto. The House passed the bill 81-43, which is three votes short of the 84 necessary for the override. The Senate needs 27 votes to override a veto, and had passed the bill 30-10.

On April 21 Governor Kelly signed into law the conference committee report on Senate Bill 38. This bill establishes the Kansas Pesticide Waste Disposal Program, permitting up to $50,000 to be transferred annually from the existing Kansas Agriculture Remediation fund. Through this program, persons could apply to the Kansas Dept. of Agriculture for assistance in covering the costs of appropriately disposing of pesticide waste products. This bill was introduced jointly by the Kansas Agribusiness Retailers Association and Kansas Grain and Feed Association, and was supported by Kansas Cooperative Council and other agricultural groups.

Unemployment Insurance Bill Before the Governor

Senate Sub for HB 2196 creates the Unemployment Compensation Modernization and Improvement Council to recommend changes to the unemployment insurance system. The bill also requires the Kansas Department of Labor to modernize its information technology (IT) infrastructure, make changes to the Employment Security Review Board, and alter the employment security rate tables. In addition, the bill would provide for certain employer account protections, adjust thresholds for maximum benefits, and make other employment security compensation changes. The bill also ensures that employers are held harmless for any fraudulent unemployment claims filed in the business’ name. Employers who have paid for these claims since March 15, 2020, are to be refunded through the unemployment insurance trust fund. The bill will reimburse the unemployment insurance trust fund up to $500 million from federal funds. Find more information Here. It was also reported this week that Kansas has now reached pre-pandemic levels of unemployment, with rates now even lower than at this same time in 2019. The bill was presented to the governor for consideration on April 16, 2021.

On April 1, 2021, Governor Kelly issued Executive Order 21-18 providing temporary provisions for employer payment of income tax withholding for work performed in another state. Similar language to the executive order was added to House Bill 2106 to place the temporary withholding relief in Kansas law through December 31, 2021. However, this bill did not advance. Additionally, on the last day of the regular session, a conference committee between the House and Senate Tax Committees agreed to place this language in a conference committee report (CCR on SB 47). While the legislature was unable to bring this bill up for action before adjournment, action can still be taken on the bill during the May veto session.

On April 21 Governor Kelly signed into law House Bill 2143, a bill that increases the threshold filing amounts for retailers to submit sales taxes to the Kansas Department of Revenue. Currently, Kansas retailers are required to estimate what they think they will receive in sales tax for the following month and then prepay that estimated amount to the Dept. of Revenue if it exceeds $40,000. During committee work on this bill, it was determined that this practice of pre-payment was not required by Kansas law. Therefore, the agency will be updating its website and procedures so that retailers will no longer be required to prepay an estimated amount of their sales tax liability. Instead, retailers will be required to remit the actual sales tax collected during first 15 days of each month, on the 25th day of that month.Kansas Agribusiness Retailers Association testified in support of this bill.

High Performance Incentive Program Changes Become Law On April 15, the Governor signed into law Senate Bill 65. This bill amends the High Performance Incentive Program (HPIP) economic development program to remove certain workforce training requirements from the program. Under current law, taxpayers that claim the HPIP investment tax credit are required to participate in either the Kansas Industrial Training (KIT) or Kansas Industrial Retraining (KIR) programs. The bill decouples the tax credit from participating in those programs. Removing the training requirement from HPIP should provide greater flexibility in using the training programs, and increase the number of companies that qualify for the HPIP tax credit. In addition, the bill allows for a company to transfer up to 50% of its unused HPIP tax credits to another individual or entity.

On April 21 Governor Kelly signed House Bill 2203 into law. This bill would allow the department to retain fees collected for the Kansas asbestos control program and would end an historic practice of annually transferring money from the – unrelated – Air Quality Fee Fund to cover the asbestos program budget. This transfer from the Air Quality Fee Fund to the asbestos program was viewed by industry as an inappropriate use of fee funds. For that reason, Kansas Grain and Feed Association, Kansas Agribusiness Retailers Association, and Renew Kansas Biofuels Association testified in support of the legislation.

The legislature adopted the conference committee report on House Bill 2064, which would create the Kansas Promise Scholarship Act. Administered by the Board of Regents, the Act would make this new scholarship available to students attending any Kansas community college, technical college, or two-year associate degree program or career and technical education program offered by a private postsecondary educational institution with its primary location in Kansas. The scholarship would be eligible for students pursing certain fields of study, including manufacturing, construction and others. Governor Kelly signed the bill on Friday, April 23.

In recent years, the Kansas Department of Health and Environment (KDHE) has looked at increasing the emissions fees to supplement a decrease in Air Quality Fee Fund revenues. Last year, the legislature included a budget proviso which restricted KDHE from raising fees and encouraged it to hold stakeholder meetings to find a compromise. This year, the department brought the proposal forward again, which includes a more than $1 million increase in industry fees. Your association continues to work with other affected industries and legislative leadership to respond to the KDHE proposed fee increase and offer an alternative proposal. Any proposal offered will maintain the integrity of the state program while minimizing the financial impact on industry.

SB 91 exempting businesses from certain liability claims from a secondary student engaged in a work-based learning program. Passed the House.

SB 95 redefining ATVs to allow for increased maximum width and weight for highway use. Governor Kelly signed into law.